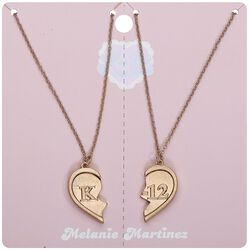 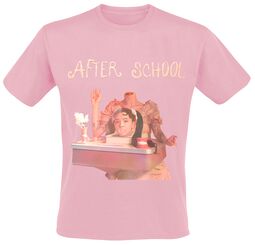 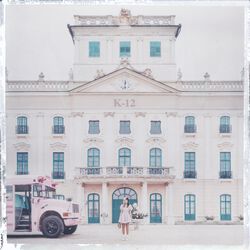 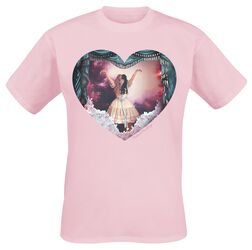 No need to Cry, Baby – we’ve found the Melanie Martinez merch you’ve been after, and we’ll deliver it right to your door.


Melanie Martinez is a real doll. No, really. Her whole aesthetic is based around sugar, spice and all things nice… with a beautifully dark, twisted and self-aware twist. Her music tells harrowing, all-too relatable tales of drug abuse, depression, and family dysfunction through the optics of a wide-eyed teenage girl. Martinez knows that today’s younger generations have been exposed to the dark facts of life on a bigger scale, with the world of social media forcing people to grow up fast and furious, hence the baby doll aesthetic juxtaposed with some brutal lyrics.


Martinez’s debut 2015 album, Cry Baby (which is also the name of the singer’s alter ego), details the issues that people face at that precipice of adolescence and adulthood. The lyrics are a satirical, savage and shocking blend of blissful naïveté, teen angst, and the tiredness that comes with acceptance, all of which are sung over jarring synths and hip-hop beats.


Martinez was introduced to the world, as seems fitting for the new generation, through reality tv. The Voice, to be precise. Her cover versions while on the show found themselves topping the iTunes charts as she won over hordes of fans. Those fans have stuck by her after she swapped competing for creating her own niche.


If you want to join the valley of the dolls, Melanie Martinez merch is a good place to get started. Here at EMP, our Melanie Martinez merchandise includes t-shirts and clothing inspired by the wonderfully unique aesthetics created by the trippy singer. Bubblegum pinks, cute heart shapes, visuals that look like they could belong in a fever dream – that’s Melanie. Other Melanie Martinez merch includes a two-part necklace to share with your fellow fans. The K 12 necklace – named after her second studio album – contains two halves of a broken heart. Choose carefully who you give the second half to…


In a world where Drake, Ed Sheeran et al continue to have a chokehold on the charts, originality is always welcome. What would the world be if we were all the same? Luckily, as long as visionaries and alternative artists continue to stick around, and as long as you can shop Melanie Martinez merch, you’ll never have to worry about it.