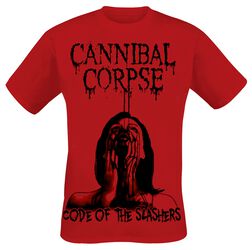 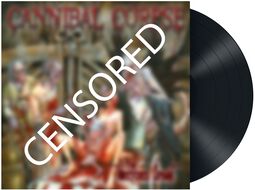 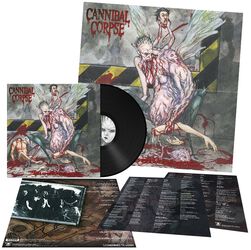 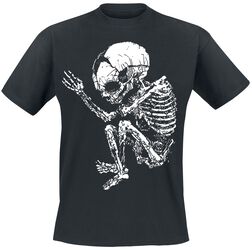 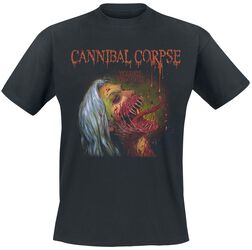 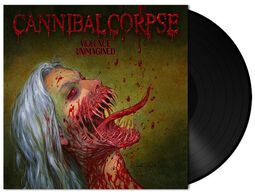 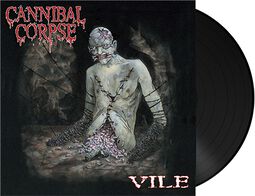 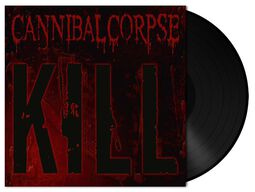 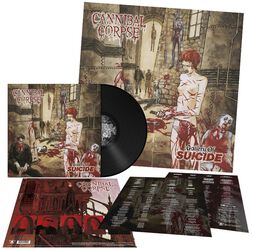 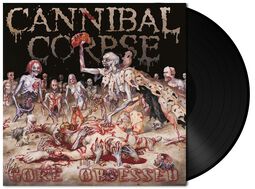 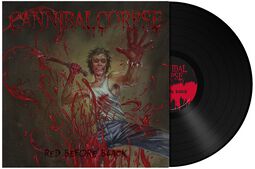 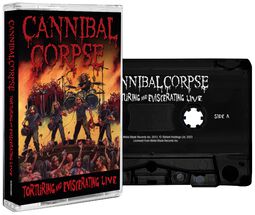 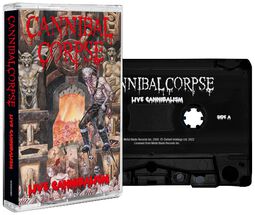 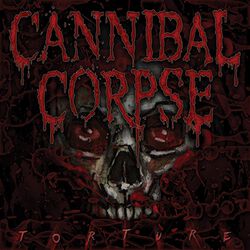 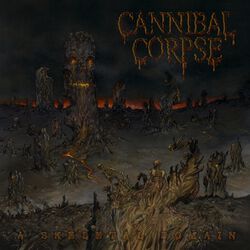 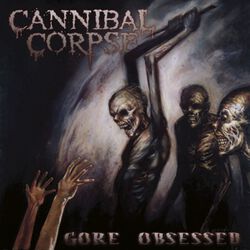 
Metal fans take note! With the Cannibal Corpse merch, every death metaller gets unique fan articles from the maw of hell. Where musical talent meets hard guitar riffs and borderline lyrics, the guys from the US metal band are right at the forefront. Today, Cannibal Corpse are one of metal's original legends and one of the most controversial in the genre.


Who are Cannibal Corpse?


Cannibal Corpse is not a splatter movie, but a pretty brilliant death metal band from the USA. The band has been around since 1988 and consists of Paul Mazurkiewicz (drummer), Alex Webster (bassist), Chris Barnes (singer), Rob Rusay (guitarist) and Jack Owen (guitarist). In addition to their technically impressive sound, the boys stand out above all for their borderline offensive lyrics. Songs like "Butchered at Birth" or "Tomb of the Mutilatet" catapulted the extreme artists directly onto the index in several countries. Cannibal Corpse, one of the longest-serving metal bands of our time, still consider themselves successful precisely because of their provocative lyrics. Now you can treat yourself to some great Cannibal Corpse merch and pay homage to your idols. Just click and order!


Secure a Cannibal Corpse album from our shop, and enjoy the outrageous artwork that adorns the album cover. With the album "Gore Obsessed", Cannibal Corpse made their best record so far - death metal that gets under your skin... Also discover the Cannibal Corpse shirts and hoodies that you can't get anywhere else at such a low price. T-shirts with bloody artwork, bizarre creatures and violence-glorifying motifs will get every death metal fan excited. The pieces are made for the next metal concert, festival or casual everyday wear. And even on cold days, the Cannibal Corpse merch won't let you down: a warm hoodie with a knife motif gives you maximum comfort.


For those who still haven't had enough, scandalous LPs and CD collections are also available to buy at great prices here. Bloodthirst on black vinyl should bring beads of sweat to every metal fan's forehead. It is the band's most technically and artistically impressive work to date and is available here as a 20th Anniversary Edition. Here, brutal songs go hand in hand with a lot of talent. You can also find more Cannibal Corpse merch here in the shop. By the way, it's worth keeping your eyes open for new additions. Our assortment expands at regular intervals. So keep an eye out for new fan articles from the Cannibal Corpse cosmos.