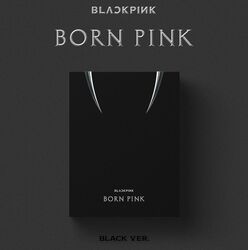 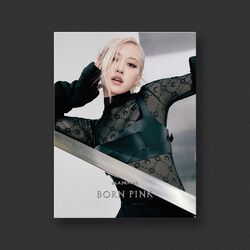 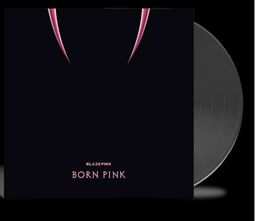 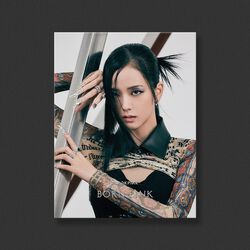 If you're into music from South Korea, you can't go past Blackpink! The tough girls show that it's definitely not just boy bands that make dance floors shake. In our online shop, you can buy Blackpink merch for various CDs by the band. The individual items are all in the familiar Blackpink style and show the many different ways in which "Born Pink", for example, can be interpreted. Each member of the band has released their own version. Which version do you like best?

If you can't decide on a favourite, you can of course go straight for the Blackpink Box as a set.

The artists of the band have quite a few fans not only in their home country in South Korea. They have long since managed to conquer the European market as well. Their development was comparatively fast. After all, Blackpink was only founded in 2016. Since then, things have gone steeply uphill. Already with their first single "Square One", they proved what they were made of.

The girls' shelves are full of newcomer awards. And surely there's room on your CD shelf for a new Blackpink album or CD? The band comes along in the classic Kpop style and yet is an interesting change from many other artists. There is a reason why especially the current line-up has managed to inspire so many fans within a short period of time.

For the fact that the band was only formed in 2016, and for the fact that there were definitely some "teething problems" with changing members at that time, they have managed to produce quite a bit of Blackpink Official Merch already.

And even though Black Pink is a band with currently four female singers, the individuality factor still plays an important role. That's why you can also find your own versions of Born Pink by Jennie, JI SOO, Rose and Lisa in our Black Pink Merch Shop.

Blackpink represent what a successful girl band is all about. The female artists are self-confident and know how to entertain the masses - also in Europe. They are no longer an insider tip. Instead, it's time to listen in and go wild.

Do you generally like to show your enthusiasm for music to the outside world? Take a look at our category "Band Merch"

Blackpink is a band from South Korea whose name already contains an important message. "Blackpink" is meant to express that everyone has an unattractive side and that the world is just not perfect. They celebrated their breakthrough with their first song "Boombayah".

The girls also quickly made a name for themselves internationally. Among others, there have already been collaborations with Dua Lipa and Lady Gaga. The band mostly mixes English and Korean lyrics and has thus managed to build up a high recognition value.