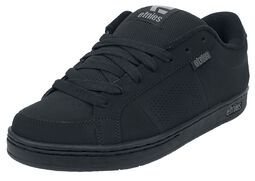 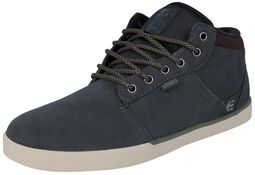 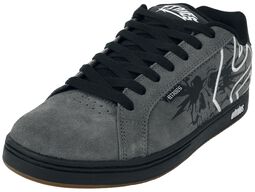 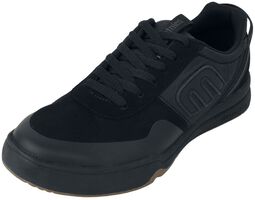 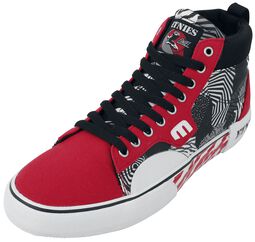 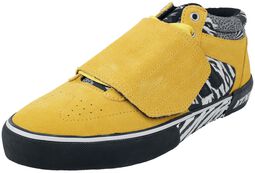 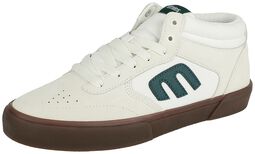 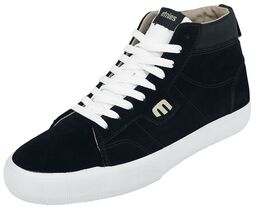 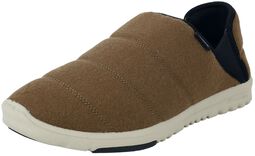 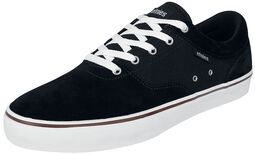 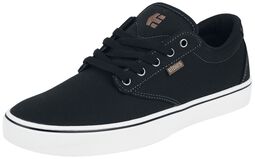 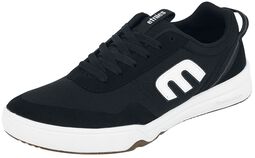 In the skate scene, everyone knows Etnies shoes. Even musicians from Rise Against or My Chemical Romance wear or have worn shoes from the American brand Etnies. As a result, Etnies also gained greater recognition beyond the skate scene.


Although the headquarters of Etnies is in California, the roots of the brand lie in France. It was here that Pierre André Sénizergues founded Etnies in 1986 after hanging up his career as a professional skater.


At that time, there were hardly any brands for skateboarding shoes and clothes. In 1987, the brand launched the Etnies-Nata skate shoe. This shoe is named after Natas Kaupas, who is considered to be the first professional street skater.


With this idea, Etnies made quite an impression at the time and later other brands copied it. Thus, many connoisseurs of the scene see Pierre as a pioneer. At the end of the 1980s, the company moved to the USA.


In the meantime, Etnies also offers casual shoes and clothes. However, the pieces still look like skating, so the core remains. In the Etnies Shoes Shop by EMP you can find different Etnies shoes. Which ones suit you?


Whoever skates frequently quickly realises: the sneakers for this have to be able to withstand a lot. So Etnies shoes are pretty solidly made and have hard-wearing soles. In addition, the brand's shoe developers know from experience which parts of the upper material are particularly stressed when skateboarding. Etnies therefore uses double seams or additional material in these places.


Etnies knows what you need for skating shoes. Of course, this durability is also great for everyday wear. Because they are also comfortable, they will quickly become your favourite shoes for every day. They can also withstand the fiercest festival summer without any problems. Most Etnies shoes are flat and have laces. To prevent the soles from separating from the rest, they are raised and some have additional stitching. So Etnies shoes can take a lot of punishment. The Etnies shoes are a classic with jeans or chinos. With their colour-contrasting soles, they also look simply cool.


Overall, however, the colours are rather unobtrusive - completely colourful shoes are not Etnies' thing. The logo is usually either in the heel area or on the side. Have you already found a pair that suits you? With these comfortable shoes, it's also worth getting a second or third pair.


You have really big feet? No problem, because in the Etnies Sneaker Shop by EMP you can get shoes up to size 47. In the detailed photos you can directly see the good quality of workmanship by Etnies. These Etnies shoes will last you a long time.