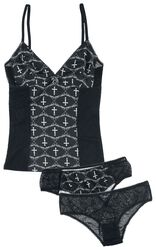 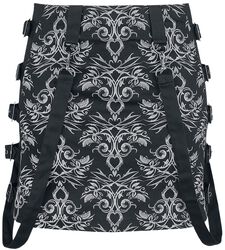 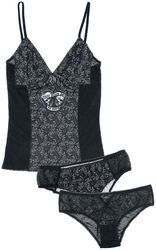 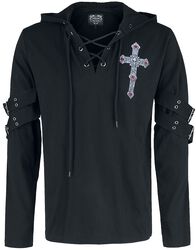 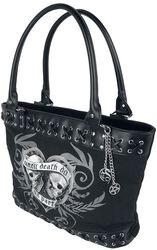 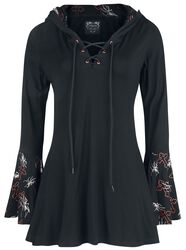 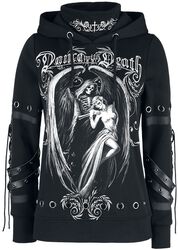 The artist Anne Stokes became known primarily for her work in the field of role-playing games. Especially fans of "Dungeons & Dragons" quickly became familiar with her. The motifs are always somewhat gloomy and range from lovely-scary to creepy horror elements.


Dragons and young, pretty women are particularly common among the motifs. The women are often depicted as fantasy figures, such as dark elves, fairies and angels. The ladies are often drawn in such a way that a macabre fascination arises. The angels are often fallen angels or are accompanied by skeletons. Dragons and wolves are also very often combined with the beautiful maidens.


Many of the motifs are kept in various shades of black and grey and are only occasionally broken up with colour. Red is often used as an eye-catcher, in the form of blood, lips or roses. All of Anne Stokes' paintings reflect her fascination with figureheads. When you look at her detailed dragons, you immediately believe that they are alive.


Lovely details in unicorns and co. ensure that you will often enough wonder whether these creatures might not actually exist. Until you find out, we recommend the great merchandise by Anne Stoke in the EMP Online Shop.


The Anne Stokes Shop at EMP


The range of great items from Anne Stokes includes everything from figurines and pictures to bed linen and all kinds of ornamental items. These can be used in many different ways. For example, there are beautiful storage boxes that can be used just as you like. They are suitable as jewellery boxes, storage for incense or as packaging for a gift.


Various small items also make perfect gifts, be it an unusual tarot game or a lovingly printed coffee mug. The Anne Stokes motifs are very diverse and are also used just as frequently.


The images of Anne Stokes can be found on countless calendars, shirts and other things. The style is often copied, but fans can usually tell very quickly whether it is an original painting by the English artist Anne Stokes.


Even as a tattoo template, the beautiful images are often used. In the meantime, the British designer has also launched her own jewellery collection and she has also designed an album cover quasi-randomly.


Her motif "Sirens's Lament" so inspired the band Sirenia that they immortalised the image on their album "Perils of the Deep Blue". That's how another collaboration came about.


When you look closely at Anne Stokes' motifs, you quickly realise that they are all drawn in great detail. You can see every scale on the dragon, every fold on the dress of an angel and every single feather of the wings. The soft strokes give the pictures something magical that cannot really be put into words.


Every creature seems alive and tells a story with its eyes alone. This fascination explains the success of the works. The images radiate a unique liveliness and the choice of colours is always well thought out. Discover great posters, cosy cushions and beautiful sculptures from the fantasy area.