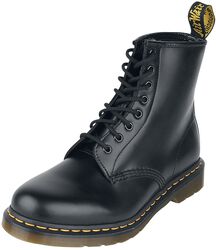 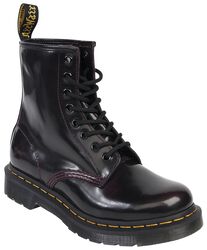 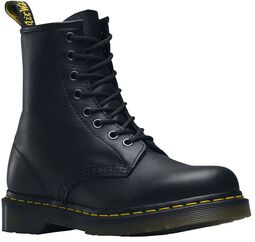 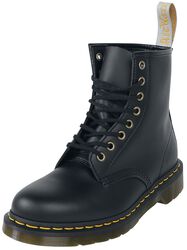 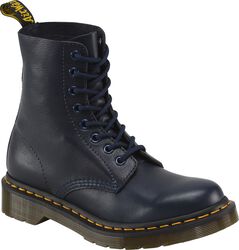 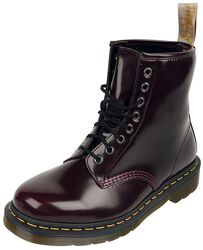 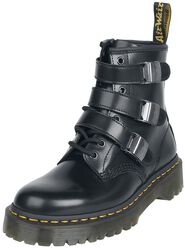 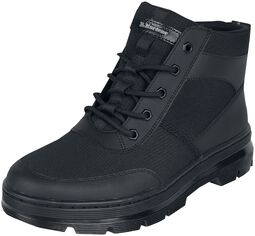 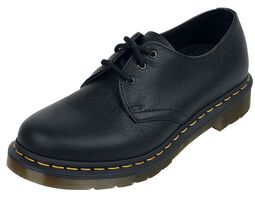 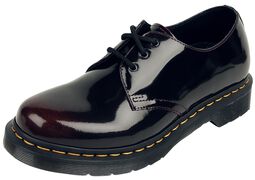 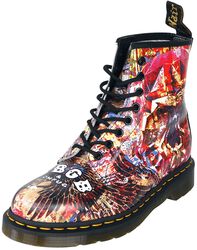 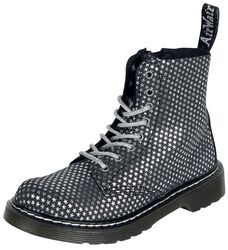 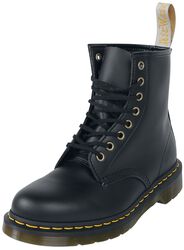 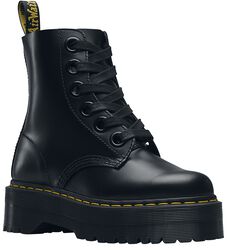 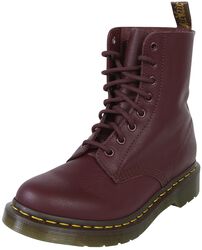 Are you thinking of Dr. Martens shoes as a symbol of rebellion and individuality? We still connect the brand with punk bands and rock festivals. In recent years there has been a real hype about these shoes that - once worn in - are among the most comfortable in the world and will last for years. But they’re not just comfortable, the boot has also developed in terms of fashion: there are now a large number of models for women, men and even children. Doc Martens are no longer just combat boots. The trendy brand from the UK also rocks Chelsea lace-up shoes without any problems. The shoes, colloquially called "Docs", have remained true to the music and shoes are always produced in cooperation with popular bands. Dr. Martens with colourful hearts or made of vegan leather have become an integral part of the music scene. Whether as an expression of your own individuality or just as a fashion accessory - at EMP you are guaranteed to find the right pair of Doc Martens for you!

Dr. Martens is from München

The real name of the inventor of the comfortable air cushion sole is Dr. Klaus Märtens, who was looking for a way to cushion his broken foot after a skiing accident in 1945. Together with Dr. Herbert Funk, he developed an extremely comfortable shoe that enjoyed great popularity in the years that followed, especially among retirees - quite different from today's image. In 1960, the British family company Griggs became interested in the innovative shoe and acquired the license for it. The shoemaker family simply calls the shoe Dr. Martens, and improved it by adding the iconic yellow seam and the platform sole. The 1460 classic Doc Martens shoe with eight holes was then marketed in the UK as the perfect work shoe because it is rainproof and protects the foot. The shoe only got its rebellious image when several youth movements, including punks and skinheads, adapted the work shoe. When Pete Townshend, front man of "The Who", wore the shoes, Doc Martens became a symbol of individualism and rebellion.