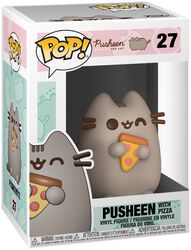 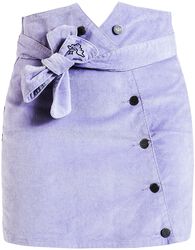 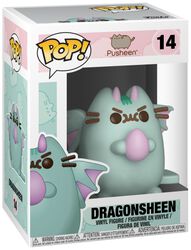 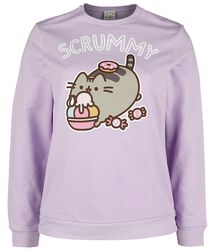 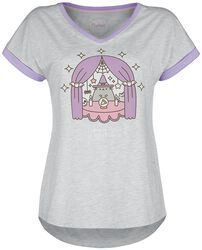 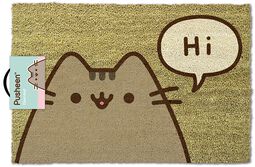 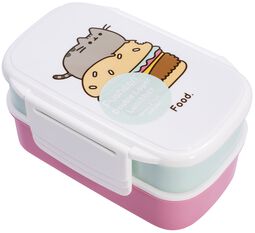 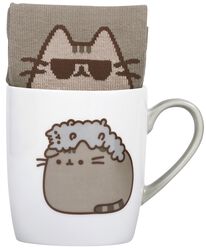 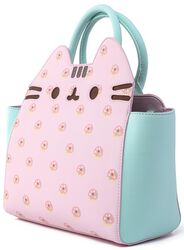 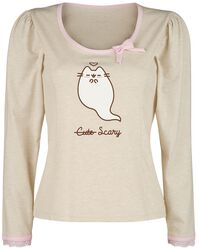 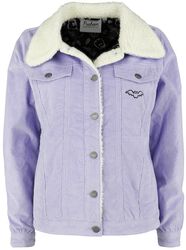 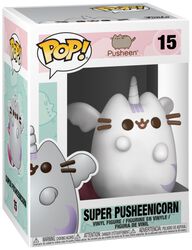 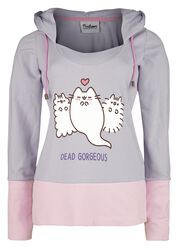 A cat with its own web-comic – that’s Pusheen. The chubby cat with nine lives doesn’t just share its more or less exciting life in the comic strip series, but also in a book available on the EMP online shop. For all fans of the adorable cat, we’ve also got loads of other Pusheen merchandise such as:


Clothing, including T-shirts, hoodies and tops. Accessories such as rucksacks, umbrellas, wallets and keyrings, as well as household and decorative items such as mugs, cups and notebooks. Furthermore, books and comics, leisure items and toys such as plushies.


How it all began


In the year 2010, Andrew Duff and Claire Belton created a cute, comic-style kitty for their website ‘Everyday Cute’. Claire Belton’s parents’ 13-year-old cat named Pusheen, which is simply Irish for ‘cat’ served as the inspiration for the design. The chubby grey cat began regularly appearing on screens as a GIF and a web-comic from 2011, and even received its own spin-off website. The comic-strip series, in which Claire Belton, Andrew Duff and their dog Carmen also play a role alongside the little fat cat, gained great success and soon had more than 100,000 followers on Twitter. Facebook also helped make the cute little fluffball into a virtual star on the internet. Just like Grumpy Cat, it was thanks to social media that Pusheen became so well-known. By February 2016, the cartoon cat had amassed more than 9 million loyal Facebook fans. In particular, the sticker sets became very popular on Facebook.


As an emoji and animated GIF, the little cat began to create real competition with smileys, thanks to her expressive emotions, and gave both personal messages and comments on Facebook an extra something. In 2013, a collection of comic strips with the title ‘I am Pusheen’ was released as a book, which is of course available in the range on the EMP Pusheen online shop.


Witty tips for everyday problems from the grey internet cat


Although she’s usually very lazy, Pusheen is always on hand to help with everyday problems. The grey kitty is happy to give tips and hints for all sorts of situations, whether it’s an original costume idea or how to bake a pizza. In her own witty way, she helps wherever good advice is needed. Almost everyone who knows the cartoon kitty must agree with the author, that she really is the cutest cat in the world. That’s why EMP also has a huge selection of Pusheen merchandise.


Gift ideas from the Pusheen Online Shop at EMP


Anyone who loves the grey comic cat is sure to love the products from the EMP Pusheen fan shop. Here you will find cool gift ideas for all comic fans and cat lovers. The range of Pusheen fan merchandise is very varied, so there’s sure to be the right gift for anyone. For example, a practical little something that would be useful for anyone is a Pusheen keyring. A wallet or an umbrella would also be a very handy accessory. The rucksacks with cat motifs are very popular with students too. Other fan products such as the cups, mugs and drinking bottles are also a lovely way to brighten someone’s day. Of course, the comics and cartoons featuring the cat are also available on the EMP Online Shop.