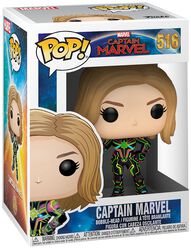 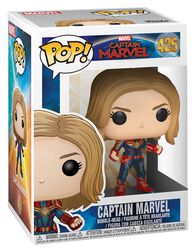 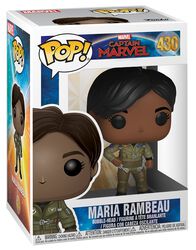 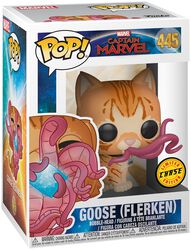 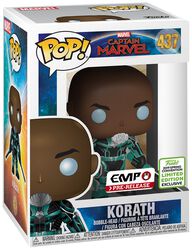 It's not that much out of the ordinary for characters in the films featuring Captain America and the other Avengers to spend a few decades in the ice, to disappear into subatomic space or just to travel through time. In the cinema blockbuster Captain Marvel, though, it's not just the characters in the storyline that have gone back in time - the actors have too. Using modern CGI techniques, Samuel L. Jackson and the rest of his agents of S.H.I.E.L.D. have turned back the years and gone straight back to the 1990s. Have you always wanted a Nick Fury figure without the eye patch? Then why not just click through the EMP Online Shop and find loads of your Marvel heroes with a fresh new look.


Whether Black Widow, Gamora or The Wasp – without some female support, the male superheroes from the Avengers franchise would be looking rather outdated. With 'Captain Marvel', the MCU finally gets its first film with a woman in the leading role. Definitely a good excuse to add a few of these detailed Funko POP figures to your collection. Whether in her Kree battle gear, as a cool biker or of course in the legendary Captain Marvel outfit - Vers makes quite the impression in every one of her incarnations in the film. But it's not just our heroine who makes an eye-catching addition to your home, Yon-Rogg and Korath are also sure to win you over with their cool styles, which of course are also available among the Funko POPs at EMP. Of course each of the Funkos have their own unique charm, with their big heads, saucer eyes and cool extras based on the characters from the film.


Are you asking yourself whether the cute little cat Goose is male or female? Maybe you'd be better off asking yourself where the Flerken is hiding! It's probably better not to let an animal like that out of your sight, after all. But no worries, if you find the cat from Captain Marvel unbelievably cute, but could do without a tentacle attack, you'll find all the Funko POP figures that look just like the characters from the film, but are actually completely harmless - we promise!


Keyrings that are out of this world


Even though Vers was trained by the Kree on another planet, her origins are actually on Earth. Maybe she would have been able to remember her true identity more easily if she'd had a little keyring version of herself clipped to her belt? In any case, with the keyrings from Captain Marvel you'll never go through your day alone again, and can easily upgrade your bag or rucksack with these super detailed vinyl figures!