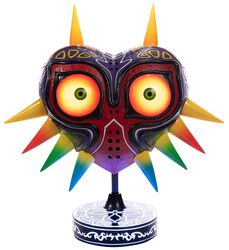 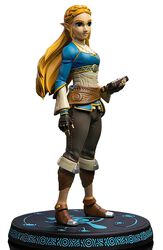 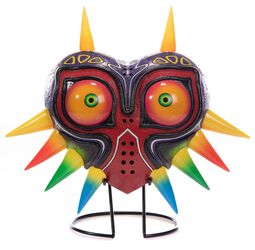 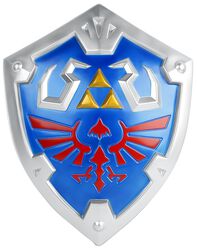 The video game series The Legend of Zelda has been the talk of the town ever since its implementation for the Nintendo console Switch. No wonder: The Switch Zelda The Legend of Zelda: Breath of the Wild offers a huge game world, a complex resource system and more quests than ever before. But the series has also long been more than a pure video game experience. There are Zelda cosplayers, an animated series, merchandise like shirts or Zelda figurines. Last but not least, the alternative metallers System of a Down have covered the theme song - quite a hit on the net. Speaking of music, even various orchestras have already interpreted the Zelda songs on stages large and small.

The story of Zelda

The first Zelda part appeared in 1986. Of course, graphics and gameplay have evolved enormously since then. But the basic game elements have remained the same: In exciting real-time battles with sword, bow and magic, the green-robed hero Link fights often pig-faced monsters as he roams the kingdom of Hyrule. His main adversary there is the nasty demon Ganon.

Link also searches for the powerful artifact Triforce and, along the way, repeatedly frees the princess Zelda, who gave the game series its name. The first Zelda games were Legend of Zelda and Zelda II: The Adventure of Link. Both parts were released for the Nintendo Entertainment System, the first Nintendo console, and are now considered true classics.

Other milestones are A Link to the Past (Super NES), Ocarina of Time (Nintendo 64), Twilight Princess (Game Cube/Wii) and Skyward Sword (Wii). Officially, the series now has 19 spin-offs and titles have appeared for all Nintendo consoles.

Game elements such as Link's hearts - if he gets hit, he loses them - now have almost cult status. Also iconic: Link doesn't just collect gold coins. No, he only takes colourful rubies with him and uses them to buy his equipment or pay the healer. In addition, the green warrior with the pointed ears has shaped important computer game genres over the years, and was the forerunner and idea generator for many action adventures and role-playing games.

Of course, there is a lot of merchandise around and for Link: if you want, you can get Zelda figures to take home, for example. These can be classic action figures and collectible figures, but also goggle-eyed Nendoroid Links, for example. In a heroic pose, fighting with sword or bow and even on horseback - a Link figure looks good on every table and in every display case.

True fans know, of course, that Link's strength resides in his heart - but a strong and swift sword arm can't hurt either. For collectors, there are replicas of his swords - for example, copies of the mighty Master Sword, which appears again and again throughout many games in the series and is Link's most powerful weapon. Even his shield, true to detail with all the ornaments, can be hung on the wall. Perhaps right above the TV and console?

The Zelda universe is open to all: Gamers, collectors, and even music fans. The kingdom of Hyrule has continued to grow with each generation, becoming more diverse and larger. Link has grown with it, gaining more abilities, more magic, more companions. Over the years, he became the most important character created by Nintendo, alongside Super Mario. This was particularly recognised in 2005: Link received his star on the Walk of Game, the award for games, video game heroes and their developers, which is based on Hollywood's Walk of Fame.