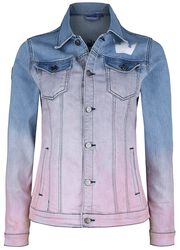 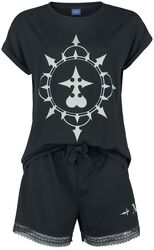 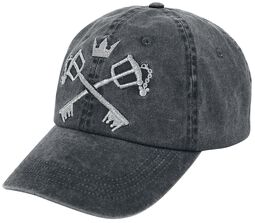 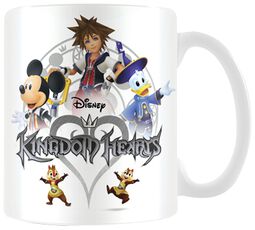 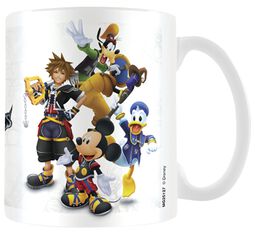 Kingdom Hearts is an action roleplay series that was created in collaboration between the Japanese game developers Square Enix and Disney Interactive Studios. The game was first released in 2002, and since then lots more games and remakes have come onto the market. The hyped action game is available for PS2 – PS4, PSP, Game Boy Advance, Nintendo DS and 3DS, and can even be played on Android, iOS and V-Cast.


Kingdom Hearts is not your usual game though. It brings together Disney characters and Japanese children’s characters to fight together against evil shadow beings in well-known Disney movie worlds. It might sound strange at first, but the game received a lot of hype almost straight away – not just due to cameo appearances from popular Final Fantasy characters. No wonder, then, that loads of Kingdom Hearts fan merch has come onto the market since then. You can find a huge choice of Kingdom Hearts figures and Kingdom Hearts clothing in the EMP online shop.


Into battle with the Keyblade!


What’s Kingdom Hearts all about? The crossover begins when the friends Sora, Riku and Kairi are separated from each other when their island is attacked by the ‘Heartless’. These dark creatures are soulless shadow beings who have accidentally fallen into their world, and are now plunging their hometown into darkness. Protagonist Sora receives the magical Keyblade, which allows him to fight against the Heartless – however he is pulled into another dimension, where he ends up in Mickey’s kingdom. Here, Sora meets Donald and Goofy, and together they search for his friends, using the Keyblade to free the world from the Heartless.


Brave Sora sets off on an adventurous journey to find his friends and to free his hometown from the dark shadow beings. Action is pretty much guaranteed. Throughout the game, the characters develop further, take on more difficult tasks and build an ever stronger team. As well as daring adventures, Kingdom Hearts is also filled with lots of emotion, which is emphasised even more through the orchestral music in the game. If you too have come to know and love the game’s characters, you’ll find loads of licensed Funko Pop! Kingdom Hearts collectors figurines in the EMP online shop, whether you prefer Kairi, Donald or Sora. At EMP you can find them all! Are you a fan of the dark shadow creatures? Great! Even a Heartless figure awaits you, and will make an awesome addition to your Kingdom Hearts fan merch collection.


Even more Disney fan products in the EMP online shop


For all the Disney fans among you: We’ve got more than just Kingdom Hearts posters and collectors’ figurines for your collection. If you love Disney films, you’ll find all the famous characters from Kingdom Hearts among our EMP Disney fan merch. Ariel, Beauty and the Beast and Alice in Wonderland transport you to magical worlds, with loads of high-quality Disney fan products to suit every taste. As well as Kingdom Hearts, you’ll also find loads more fan merch from the EMP gaming world. Super Mario, Call of Duty and Zelda are just a few examples. It’s worth a look!


Fun fact: Kingdom Hearts – The idea was created in a lift


Did you know? Originally Square Enix wanted to develop a game similar to Super Mario 64. But as Square and Disney were in the same building at the time, they actually came up with the idea to collaborate on a gaming project when game producer Shinji Hashimoto got chatting to a Disney executive in a lift.