Get the merch for the Wasteland! 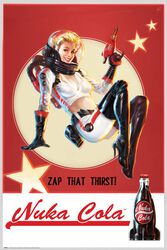 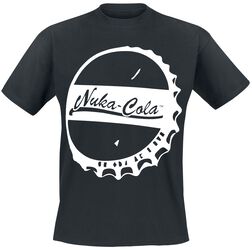 Listen, we know that you all want to get your hands on the best Fallout merchandise but there’s no need to fall out about it. There’s plenty to go around here at EMP…


Fallout is one of those game franchises that has become part of the cultural fabric for gamers. The post-apocalyptic game first came out in 1997 but has since grown, expanded and evolved along with the game industry itself. As gaming became a cultural mega-force, Fallout was one of the first to truly transcend along with it. Originally envisioned as a sequel to Wasteland, a game from 1987, Fallout eventually matured into something entirely its own.


In the Fallout universe – aka post-apocalyptic Southern California – gamers meet the Vault Dweller, who goes against a horde of mutants. Not one to go into battle unarmed, you get The Pip-Boy – a computerised assistant worn on the characters wrist – to help you compete throughout.


You don’t need your own Pip-Boy to point you towards the best Fallout merchandise and accessories. We can do that perfectly fine alone. Our merch includes Fallout T-shirts with references taken from the gameplay, such as a Nuka Cola print. In our shop you will find different sizes, different designs and of course always the best quality.


Whoever listens to the Vault Boy has the best chance of survival in the nuclear contaminated world of Fallout. Kindly but firmly he points out correct behaviour and impending dangers. Fallout fans will recognise the familiar face on many of our fan products. We have Vault Boy t-shirts, posters and mugs. The Nuka Cola brand is also omnipresent. While you must search for a preserved bottle in the wasteland for a long time, EMP offers you the well-known logo on numerous fan products. Our fan shop makes Fallout players happy. Look around, stock up before you set off again into the wasteland. Your new Fallout merch will quickly find its way into your bunker after ordering - guaranteed!


Fallout has become a whole world, expanding the universe into sequel games including Fallout New Vegas, Fallout 4 and Fallout 76. With more than 20 years under their belt, the Fallout universe is more than a collection of games now; it’s a story in itself, tracing the evolution of the gaming industry. Gamers old and young alike can share the history of this iconic franchise through our Fallout merchandise.