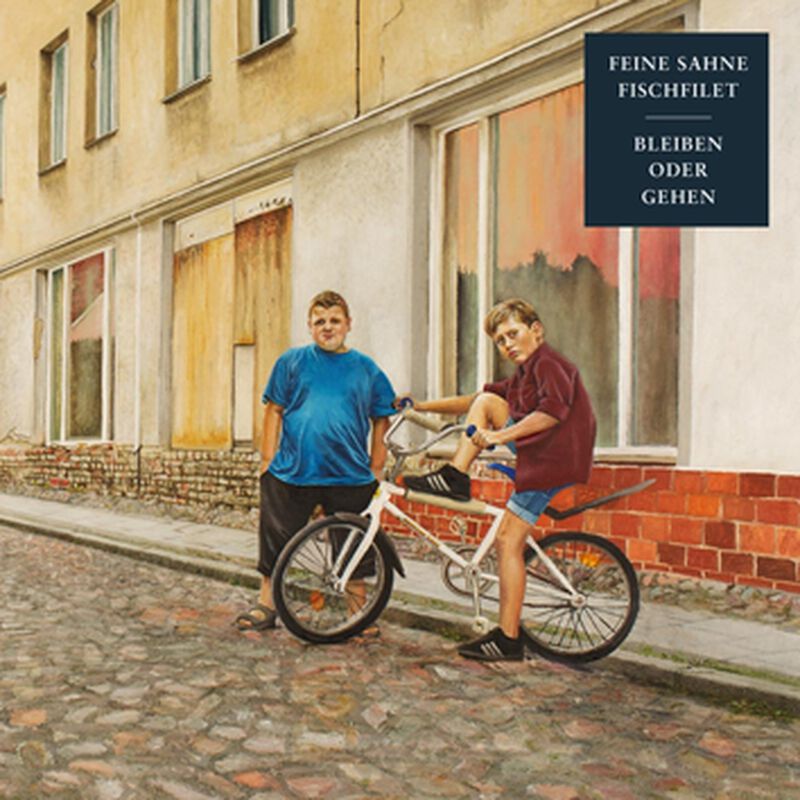 "Bleiben oder gehen" is released as an LP in a Gatefold cover,4 colour record sleeve, with download code and LP booklet!

After hundreds of concerts, it is no surprise that FEINE SAHNE FISCHFILET return as musicians of enormous sovereignty. The album starts with tightly beating punk rock hymns augmented by infectious melodies, before song number four "Lass uns gehen" comes along as an indie pop surprise that distantly resembles the elegant mod pop lightness of SUPERPUNK or DIE ASTRONAUTEN. Only shortly after, "Warten auf das Meer" shows up, a guitar ballad whose lyrics make you shiver. Happily enough, the album ends on a positive note with "Ich glaube dir".
This album is going to be a freaking hit!!!