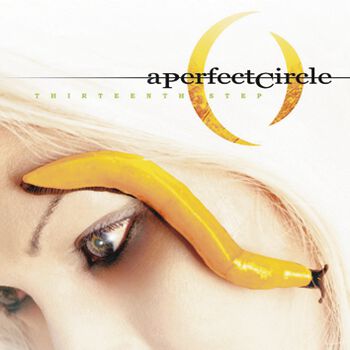 The US American Progressive Rock band A Perfect Circle with its second studio album "Thirteenth step".

Once Tool mastermind Maynad James Keenan is responsible for the lyrics of an album, it must necessarily have depth. For this reason, the second studio album "Thirteenth Step" created by the Alternative Rock band A Perfect Circle deals with all aspects of addiction on 12 brilliant tracks.
CD 1
1. The Package 2. Weak And Powerless 3. The Noose 4. Blue 5. Vanishing 6. A Stranger 7. The Outsider 8. Crimes 9. The Nurse Who Loved Me 10. Pet 11. Lullaby 12. Gravity

By the addition of James Iha (ex-Pumpkins) and Twiggy Ramirez (ex-Manson) APC slowly become a real super group even though singer Maynard Keenan has always been keen on staying anonymous. Now he has the hype around his person he never wanted to have in Tool. Yet, it doesn't seem to irritate him or his guitarist Billy Howerdel. He had been roadie for many different Rock bands for over ten years and obviously enjoys to now be on the same level as his former employer Maynard sind APC is his band. He writes the songs which are then fined by Maynard with his usual cryptic lyrics. A mixture that made the 2000-debut "Mer Des Nomes" a bestseller. No wonder: you can easily become addicted to the spherical Rock-noir. A hypnotic brew of flickering guitars, pulsating rhythms and anthemnic lyrics, great riff blasts or enchanting changes between calm moments and aggressive adrenaline passages. Contrasts that perfectly complement one another. (Marcel Anders - 03/10) 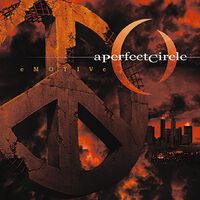