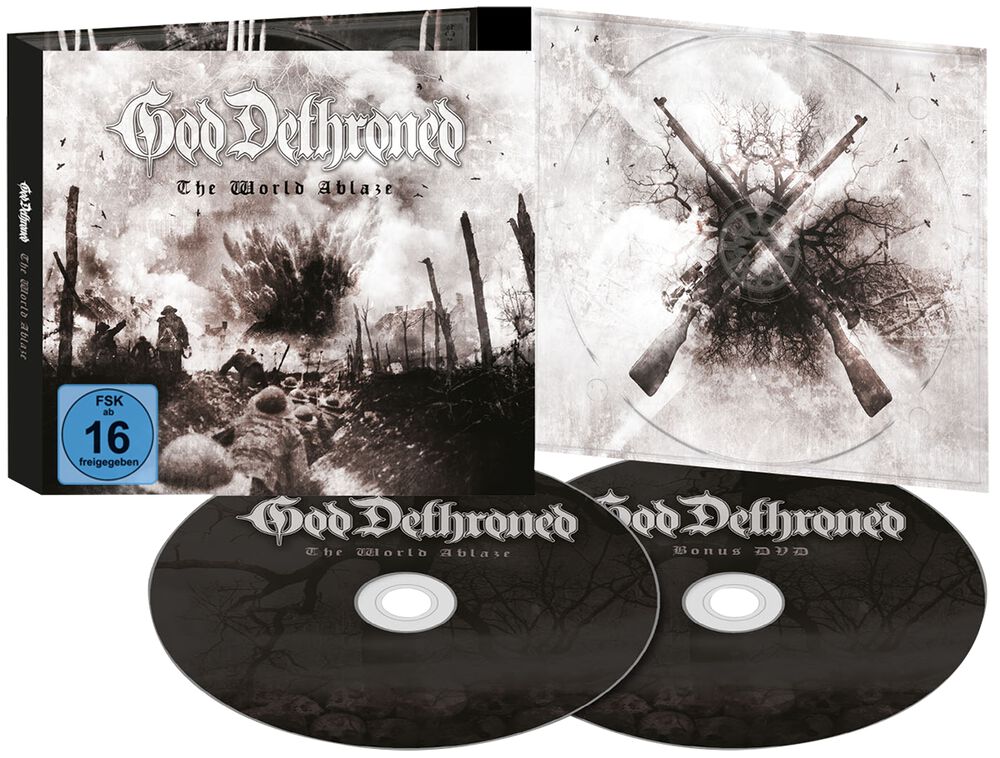 Released as a limited digipak with a DVD of the live shows ‘Graspop Metal Meeting 2016’ and ‘Rock Hard Festival 2015’.

Seven years after ‘Under the Sign of the Iron Cross’, Henri Sattler has re-equipped his death metal power armour following a long break. ‘The World Ablaze’ is a true firestorm of powerful riffs and magnificent melodies.