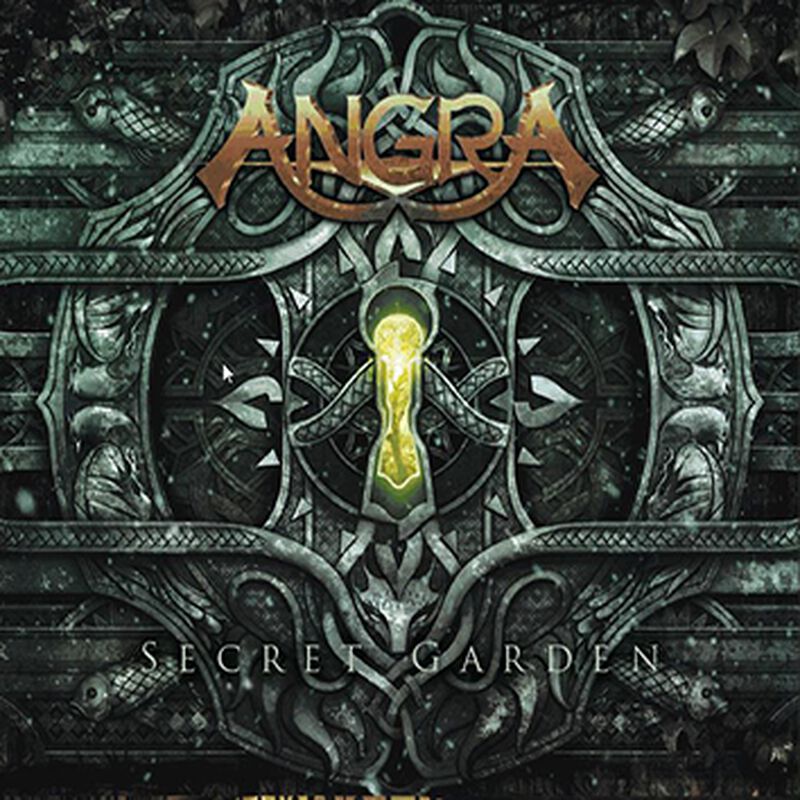 After four years without new footage, the moment the fans have been waiting for is finally near. The new album "Secret Garden" by Angra is waiting to take off and the band is in their best form ever.

While the pre-production was done by legendary producer Roy Z (Judas Priest, Bruce Dickinson, Halford), the album was recorded and produced by talented Jens Bogren (Kreator, Arch Enemy, Opeth, Dragonforce) in Sweden.
"Secret Garden" combines everything that made Angra one of the best of their genre: modern sound and absolutely creative compositions.
"Secret Garden" shows the maturity of a band that plays with the same motivation and passion for music as ever, even after 23 years. The compositions contain the elements the band is famous worldwide for, and demonstrate the extraordinary combination of rock music - in all its different forms and classes.

Angra, the most representative band of the power metal scene worldwide, are back with all their strength and count once again on the experienced Italian singer Fabio Lione with his powerful voice and impressive performance. The young exceptional talent Bruno Valverde impresses on the drums and thereby grants the band a more modern sound.
One of the great powers of the album is also the amazing guest performances: Simone Simons of the Dutch band Epica interprets the song "Secret Garden" truly magical, while metal diva Doro Pesch is giving a great duet with Rafael Bittencourt on "Crushing Room". The strong contrast of Rafaels lead vocals to Fabios tonality and interpretation make the performance the most intense moment on the album. This is clear, too, on the cover version of the Police classic "Synchronicity II", that the band chose for this disc.

The design of front cover and album mixes skilfully music and story in a wonderfully drawn artwork - created by designer Rodrigo Bastos Didier it represents the fantastic moments of the album's story. Fans are in for an experience that is exceeds the just listening to the songs.