Rage of the bloodbeast

by Jürgen Tschamler (29.10.2008) The 2004 album "Rage of the bloodbeast" by this German Death Metal outfit is also re-released. And on aforementioned album, front man Thomas with his throaty, gravelly voice reminds me a lot of Chris Barnes from Six Feet Under. Musically, Debauchery also lean towards that direction - regarding speed, though, they mostly stay in groovy mid-tempo waters, apart from the occasional double bass attack, like on "I will rape and murder". This track is a merciless, fast Death Metal steamroller and has already become a band classic, together with "Devourer of worlds" and the meaningful groove monster "Killing in the warzone". This re-release has been upgraded with three live tracks ("Blood for the blood god", "Rage of the bloodbeast", "Wargrinder") and the video clip for "I will rape and murder". "Rage of the bloodbeast" is one of Debauchery’s best releases so far - my advice: go get it. 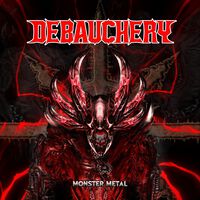 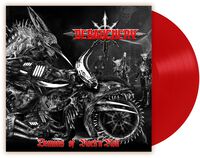