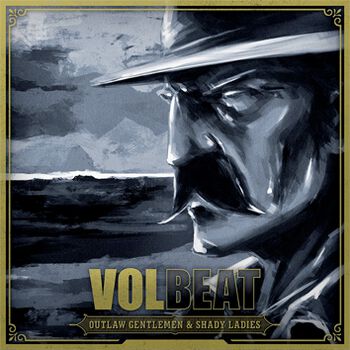 Volbeat recorded an album, which brings together all their influences and they created something new and shiny from it. "Outlaw gentlemen & shady ladies" is filled with history and characters. Some of them are real, like female bandit Pearl Hart, who attacked a stage coach, to be able to buy medicines for her seriously ill mother. Or Lola Montez, the erotic dancer known for her Spider Dance. Or Black Bart, the poetic highwayman, who wrote poems for the people he robbed. Others are completely made up. "The nameless one" is a warning to get involved with dark magic, knitted around the dark and mysterious heroes of the title. And "Room 24" (with King Diamond) is based on a frightening adventure in a hotel room somewhere in America.
CD 1
1. Let's Shake Some Dust 2. Pearl Hart 3. The Nameless One 4. Dead But Rising 5. Cape Of Our Hero 6. Room 24 7. The Hangman's Body Count 8. My Body 9. Lola Montez 10. Black Bart 11. Lonesome Rider 12. The Sinner Is You 13. Doc Holliday 14. Our Loved Ones

by Peter Kupfer (27.03.2013) Volbeat have established their own genre with their music, and with their fifth album “Outlaw gentlemen & shady ladies“ they follow the rules and road they set up in 2000 straight like an arrow. This time, though, the Poulsen gang has added some extra weight - the tracks are laden with even more diversity, deepness, and clout. ’Room 24’, for example, is an epic and dark song featuring the mighty King Diamond at the mike - although he usually tries to avoid collaborations. But there’s a light side, too: ’Pearl hart’ is a smasher, airy, joyful, and a contender for a “best summer song 2013“ competition… ’Black bart’ is its counterweight: one of the heaviest songs ever written by Volbeat, but still being a perfect part of the track package. “Outlaw gentlemen & shady ladies“ impresses with its homogeneity and compactness - how do they manage to deliver such gems each time? Always evolving, never repeating themselves... Hats (or Stetsons) off to the Danes -this one hits the bull’s eye, again. 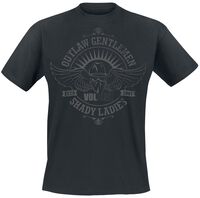 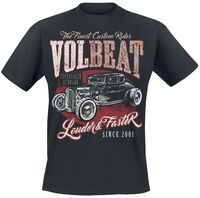 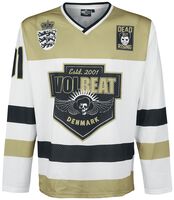 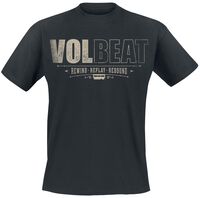 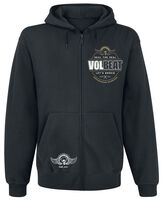 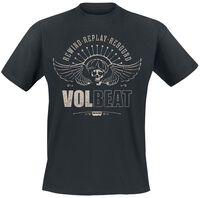