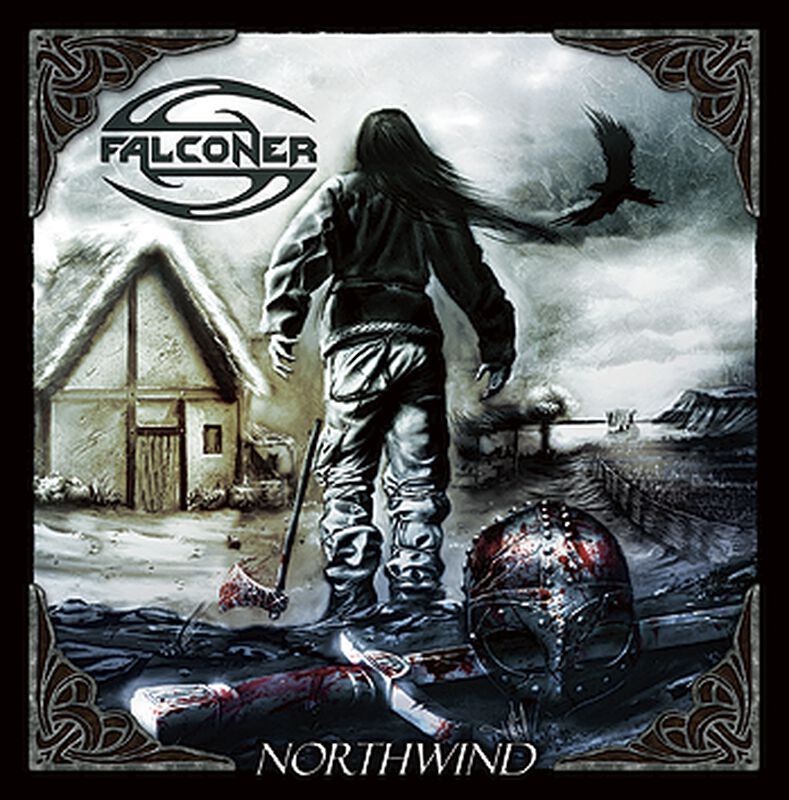 All worries that Falconer might not play live now that Mathias is back (which was the reason for the split the first time around) are completely unfounded, for Mr. Weinerhall has confirmed that the band will be appearing on stage in the near future.
May a powerful Northwind bring them to us soon!

by Björn Thorsten Jaschinski (29.09.2006) The lost son has returned and with him the very unique magic of the Folk Metal alloying of Falconer! Nothing against the vocal qualities of Kristoffer Göbel, still it's with great joy that I can announce that after the controversial records "The sceptre of deception" and "Grime vs. Grandeur" the band has returned to their old ease and Mathias Blad refines it with his unmistakable voice. That's exactly what defines the identity of the Swedes. Guitarist Stefan Weinerhall did a perfect job creating lines that perfectly fit the musical-experienced singer. Also if the bloody cover artwork suggests something else: Falconer does not re-define the heaviness in Metal. Still, also without the heaviest weapons, the songs burst for dynamics and strong, proud emotions. Each of the 14 songs - the first edition will furthermore contain another disc featuring four Swedish traditionals among others - is a Nordic epic full of grace and love for details.