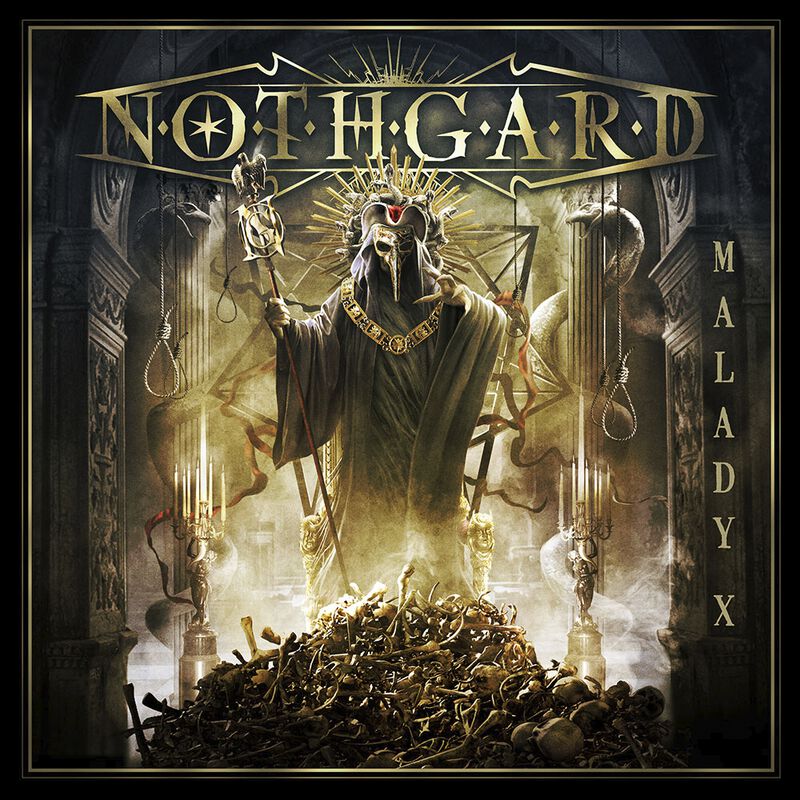 Released in a limited digipak (including 2 bonus tracks).

Captivating compositions paired with catchy hooks, all without sacrificing technical mastery – an apt description of the creed behind the music of the band Nothgard, founded in 2008 by singer and guitarist Dom R. Crey. The band laid an impressive foundation in 2011 with their debut album ‘Warhorns Of Midgard’. Their melodic death metal music features a sophisticated combination of top-notch guitar work and epic orchestration that thrills fans and critics alike. Their following releases ‘Age Of Pandora’ (2014) and ‘The Sinner’s Sake’ (2016) both strengthened that foundation, with the latter making the jump into the official album charts in Germany. In April 2018, the quartet announced that they would be collaborating with Metal Blade Records with a deal for several albums. The first album of this collaboration is scheduled for 26 October 2018. ‘Malady X’ is set to ring in a new era for the band. Although Nothgard are staying true to their style, they’re building upon their unique musical characteristics more than ever and are taking a daring step towards melodic
perfection. ‘Malady X’ sets the bar one notch higher in terms of both composition and sound technology. The band took care of the recording and mixing themselves, with Dom R. Crey (Def-Creation Studio) and rhythm guitarist Skaahl (Southern Deathcult Studio) working with great attention to detail, setting the stage perfectly for the appearances of their many prominent guests. In addition to Noora Louhimo (Battle Beast) and Veli-Matti Kananen (Kalmah) and many others, Jen Majura (Evanescence) can also be heard on the album. The final mastering was carried out by none other than Jens Bogren (Amon Amarth, Kreator, Arch Enemy, etc.), who brought the band’s songs to a whole new level. 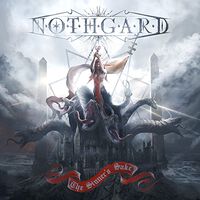