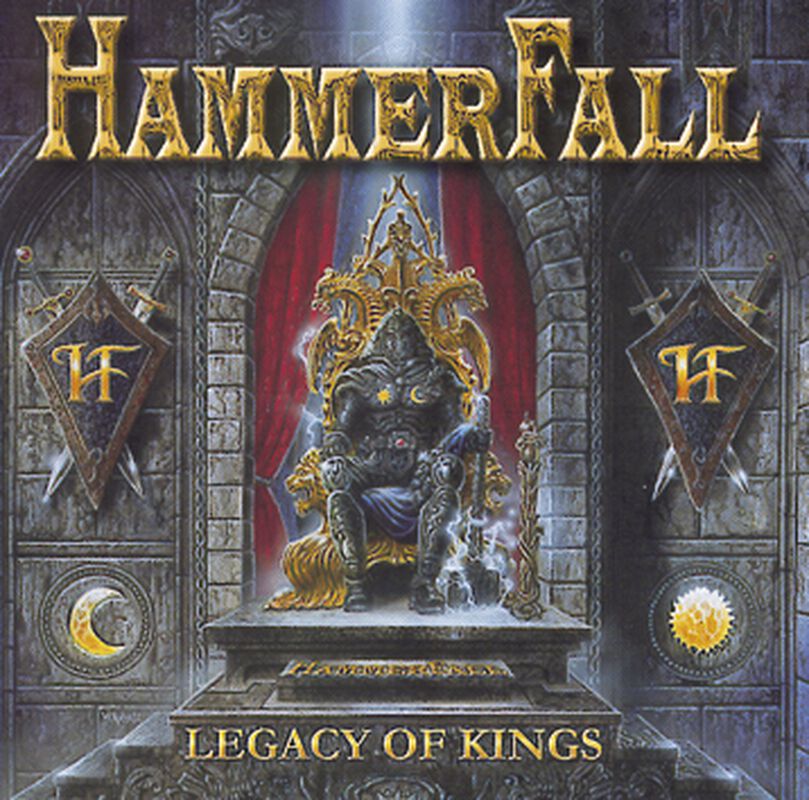 After the sensation "Glory to the brave", a tour-suitable Hammerfall line-up was needed and the two In Flames warrious Strömblad and Ljungström fell by the wayside. However, "Legacy of kings" from 1998 can keep up with the debut both musically and in terms of quality.

Hammerfall kept word and stayed true to ì their musical principles."Legacy of ì kings" is the perfect continuation of ì "Glory to the brave"! Again they bandy ì hymns about, that stay in your head more ì than one day. "At the end of the ì rainbow" for example is such a song ì which is pleasing instantly with a concise riff, a classic refrain and a bad chorus. The Pretty Maids-cover of "Back to back" kills! ì The guys must have grown mature...ì The opener "Heeding the call" and the ì following track "Legacy of kings" are ì the best snack for headbangers. ì The tracks are impressive because of efficiency, the band restricted itself ì to it's absolute strengh and that way we ì have an album, that goes beyond your ì wildest dreams.ì "Let the hammer fall" is a rich ì midtempo sensation. In spite of the ì high speed of the various tracks, they ì are still compatible to sing along.ì Cool, how easy the guys produce hymns ì just like that!ì Result: Whoever has grown fond of the ì debut, won't be able to get along ì without "Legacy of the kings"!!!ì 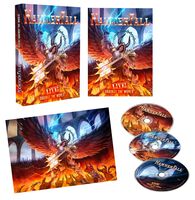 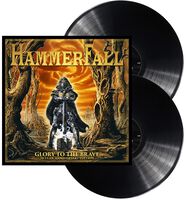