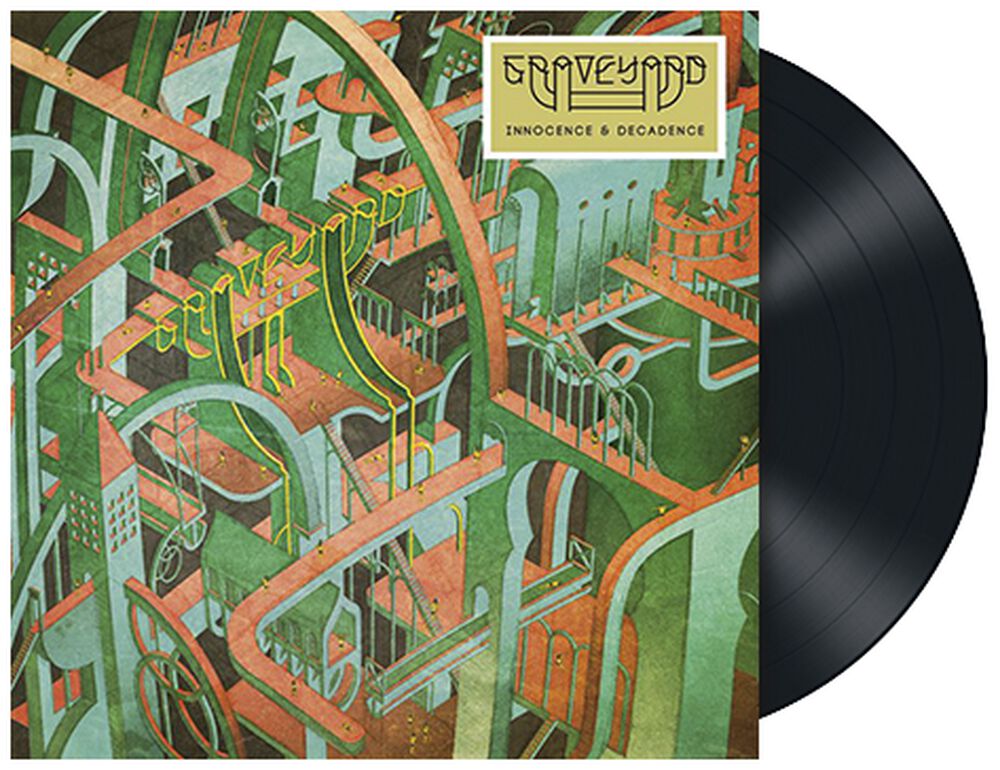 Released on black vinyl and in a gatefold.

The Psychedelic/Classic Rock/Hard Rock outfit Graveyard releases their new album. "Innocence & decadence" is the fourth full-length opus by the Swedes after their previous albums "Graveyard" (2007), "Hisingen Blues" (2011), and "Lights out" (2012)... and it is a genuine gem! The record can be easily seen as an entrancing journey to the 1970s holding you in its intoxicating grip. The output was recorded in the Atlantis Studios (Stockholm) with producers Janne Hansson (THE HIVES, OPETH) and Johan Lindström (TONBRUKET).