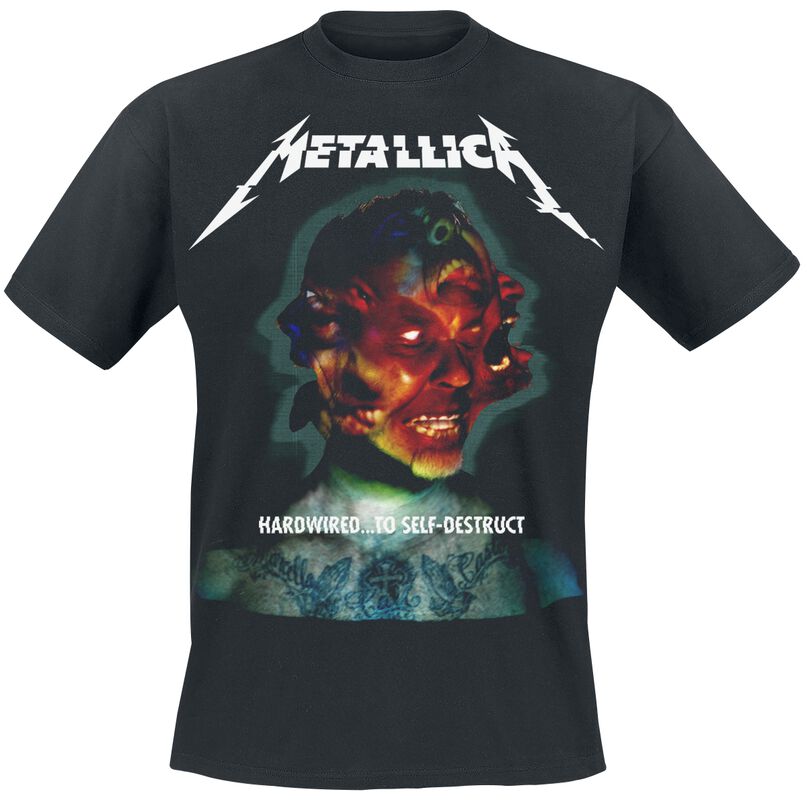 Long live metal! The Bay Harbour thrashers Metallica are finally back. Eight years after ‘Death Magnetic’, Hammett, Hetfield, Ulrich and Trujillo are back with ‘Hardwired...To Self-Destruct’ to remind us they rightfully belong to the big four of thrash metal. Songs like ‘Hardwired’, ‘Spit Out The Bone’ or ‘Moth Into Flame’ are reminiscent of Metallica’s golden era - the ‘Kill Em All’ feeling has finally returned! We are releasing this black ‘Hardwired...To Self-Destruct’ T-shirt to commemorate the album. The shirt features the album cover. The concept for the cover photo actually comes from Lars Ulrich, who had his wedding photos finished in a similar style - pretty cool idea right? It’s surrounded by the Metallica logo and the Hardwired...To Self-Destruct lettering. 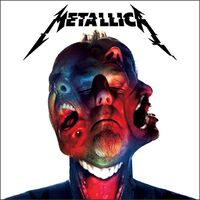 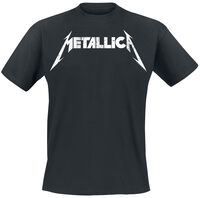 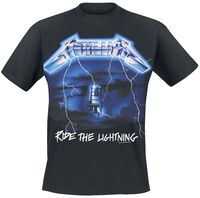 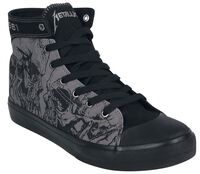 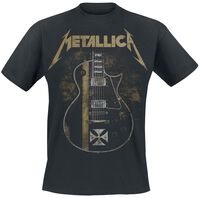 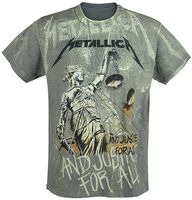 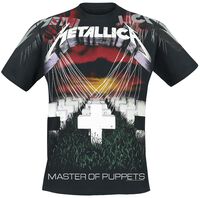 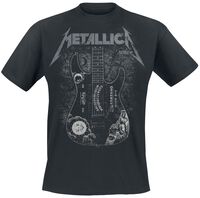