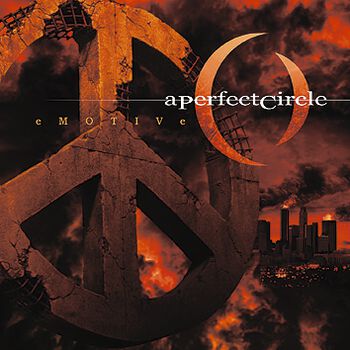 The 2004 masterpiece, ‘eMOTIVe’, by A Perfect Circle shows progressive rock in its finest form. The band, led by Maynard James Keenan (Tool), are among the vanguard of the genre and ‘eMOTIVe’ proves it with these 12 impressive songs.
CD 1
1. Annihilation 2. Imagine 3. Peace Love And Understanding 4. What's going on 5. Passive 6. Gimmie gimmie gimmie 7. People Are People 8. Freedom Of Choice 9. Let's Have A War 10. Counting Bodies Like Sheep To The Rhythm Of The War Drums 11. When The Levee Breaks 12. Fiddle And The Drum

Hard times request heavy means. Say James Iha (ex-Pumpkins), Twiggy Ramirez (ex-Manson), Josh Freese, Maynard James Keenan (Tool) and Billy Howerdel, too. Just in time for the President election they deliver a dozen of songs meant to chase George W. Bush finally out of the office. A mixture of their own songs and covers of classic anti-war-songs. Such as John Lennon's "Imagine", Elvis Costello's "What's So Funny About Peace, Love And Understanding", but also radical sounds of Crucifix, Devo, Black Flag and Fear. Bands who already devoted to this topic when Nixon, Reagan or Bush Sr. Had the power - coming to the same conclusion as APC today: if we don't react now we'll have to face another four years of war. So this album above everything else wants to do one thing: shake the Americans awake. Either with their original songs, "Passive" and "Counting Bodies" or with the remakes that only take the lyrics of the originals but are musically freely improvised. Especially the Jazz version of Depeche Mode's "People Are People" as well as Led Zeppelin's "When The Leeve Breaks" are great. Maybe not on first sight, but growing! (Marcel Anders - November 2004) 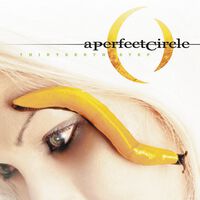