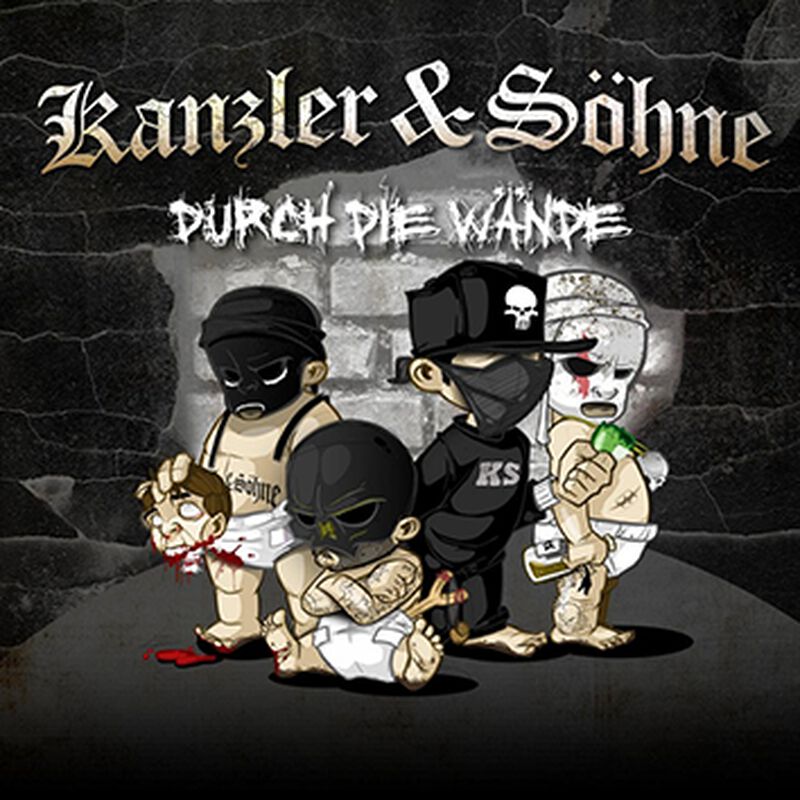 In the limited first edition, 'Durch Die Wände' is released as a digipak (including 3 bonus tracks).

Kanzler & who? 'Kanzler & Söhne'! These four guys deliver high class crossover, and only this! Only metal and rap. No shouting, no singing, no frills. It doesn't matter which band from the nineties this reminds you of. Forget that! This is crossover in 2016, as it should be, with an unexpectedly differentiated interplay of bass and guitar!