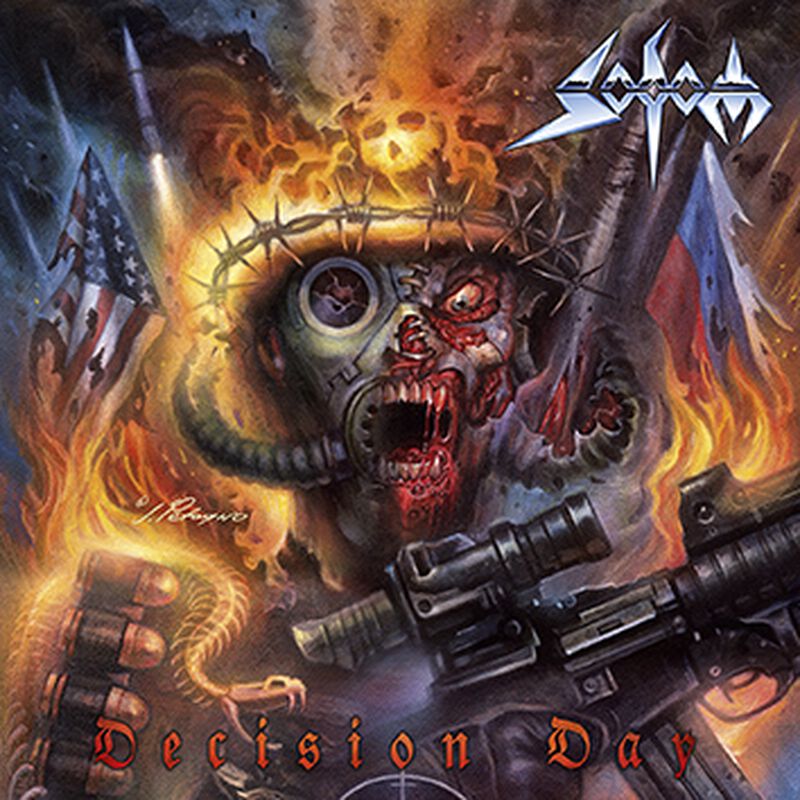 With pride and great anticipation Tom Angelripper announces the release of the new Sodom album "Decision Day" for August 26th, 2016. For four months he and his two companions, guitarist Bernemann and drummer Markus "Makka" Freiwald, have worked on the new songs. The result is a brutal, yet varied thrash metal opus, in which Angelripper thematically focuses on D-Day, the day in June 1944, when the troops of the Allied Forces landed in Normandy to free Europe from the scourge of Nazism. In songs like 'Belligerence', 'Decision Day' or 'Strange Lost World' the Sodom front man again presents himself as a contemporary witness, interested in history yet a critical observer of current world events. Decision Day was produced by Cornelius'Corny' Rambadt, who is the engineer and drummer of Angelrippers side project Onkel Tom.

The new disc is a sensation, not at least because of it's impressive artwork that was designed by none other than Joe Petagno. Besides his work for Pink Floyd or Led Zeppelin, Petagno is also the regular graphic artist of Motörhead and among others he was responsible for legendary cover designs like Overkill, Bomber, Orgasmatron and Another Perfect Day. Angelripper: "I was surprised and proud of how well Joe knows about Sodom and immediately had an association with our 'Knarrenheinz', when we talked about the artwork. For a Motörhead fan like me, this cover is a dream come true ." 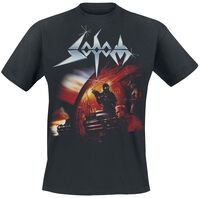 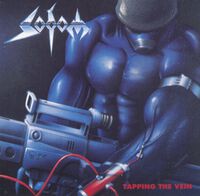 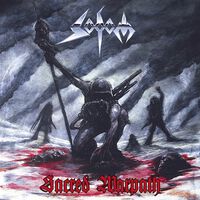 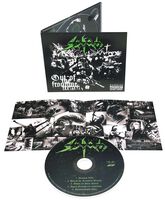 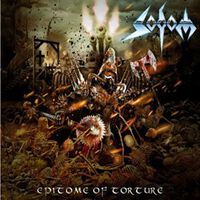 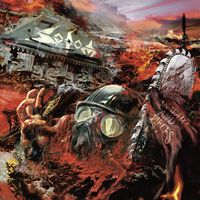