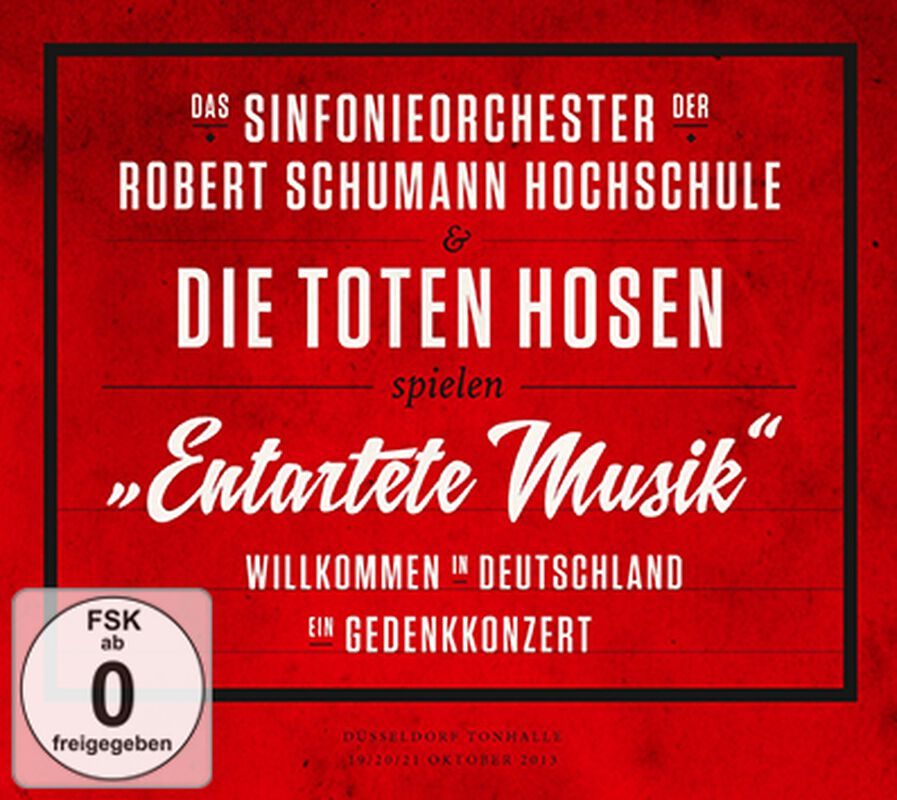 In October 2013, Die Toten Hosen and the symphony orchestra of the Robert Schumann school in Düsseldorf played three concerts in the Tonhalle in Düsseldorf. The band named the event „Willkommen in Deutschland“ and wanted to remind of the "Reichsmusiktage" and the exhibition "Entartete Musik" in the Ehrenhof in Düsseldorf, which took place 75 years ago. "Entartet" (degenerated) was a term used by the Nazis to stigmatize all forms of unwanted music, especially by Jewish artists and the representants of Avantgarde and Jazz. This hatred culminated in 1938 with the exhibition "Entartete Musik" which was based on the exhibition "Entartete Kunst" which took place in Munich in order to document Jewish and "non-German" influences. These concerts was recorded and all participants were so impressed and convinced of the material that the idea came up to release it in form of an album along with an explanatory DVD in order to make this event available to the masses. After processing the material carefully, the documentation of this extraordinary cooperation will be released as a CD & triple LP album, each containing extensive material placed on the attached DVD.