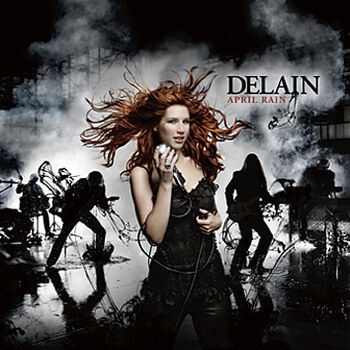 by Markus Eck (23.04.2009) At the beginning, this Dutch Symphonic/Gothic Metal outfit was regarded as something like a project, but after the 2007 release of their debut album "Lucidity", they had grown together as a real band. In the past, ex-Within Temptation keyboardist Martijn Westerholt composed all the songs for Delain, and guest musicians performed them in the studio. Now, that has changed, the whole band being involved in the songwriting process for the second output "April rain". Exceptional singer Charlotte Wessels convinces with brilliant vocal cascades, supported by intricate and classy guitar sounds and versatile, sophisticated drums. All in all, "April rain" is much more intense than the debut, offering way more Metal and tempo.