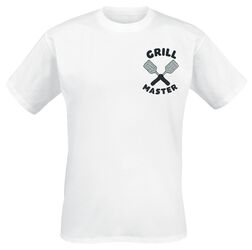 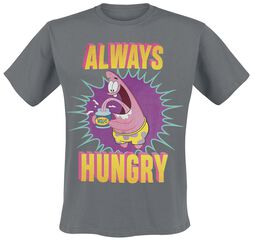 Spongebob T-shirts - all the rage, not just in Bikini Bottom


Who lives in a pineapple deep in the ocean? None other than Spongebob Squarepants, of course. Hach, full of fervour we sang along with these lines before it finally started and Bikini Bottom thrilled us with new stories in front of the TV. The main character is the sea sponge Spongebob Squarepants, who really mixes up the underwater world. He drives his boss, in particular, crazy every day. Together with his best friends, starfish Patrick and squirrel Sandy, Spongebob experiences ever new adventures, some of which leave us disturbed. But none of this is a problem as long as the cheerful sponge doesn't lose his laugh. If you want to express your admiration for Spongebob, you can do so best with the fantastic Spongebob T-shirts.


Don't you think being an adult is just plain dull sometimes? After all, adults are always serious and waste their time with "adult things". Yet you would love to spend the whole day jellyfish fishing, walking your snail or playing opposite day. With the cheerful and colourful Spongebob T-shirts, you'll be spared the misery of grey dreariness. Your Spongebob T-shirt emphasises your inner child and clearly shows that you shouldn't always take yourself so seriously. Does this message hit the spot? Then don't hesitate any longer and order cheap Spongebob T-shirts online at EMP!


Spongebob is not only a fantastic sidekick, he's also fashionably stylish on the go. Who else can wear a tie and shorts and look serious? But behind the serious façade hides a cheerful sponge who only has mischief on his mind. Spongebob loves to fool around with Patrick. Together with the borderline-debatable starfish, Spongebob manoeuvres himself into tricky situations. Do you recognise yourself? Then head to the EMP online shop! Here you'll find high-quality Spongebob T-shirts in many different designs and eye-catching colours.


Looking for a Spongebob shirt for women or a Spongebob shirt for men? You can find both in different styles and sizes. The sponge appears as a huge laughing face on a yellow shirt. Good humour is preprogrammed. Or you can get a Spongebob and Patrick T-shirt that shows the starfish playing an electric guitar. Colourful, fun character prints bring lightness to your style and everyday life. If you like it less colourful, a plain Krusty Crab shirt is the right thing for you.