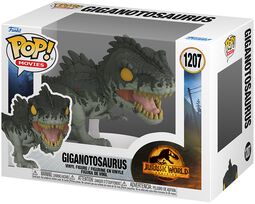 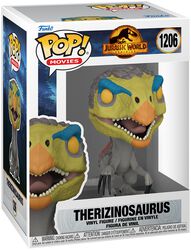 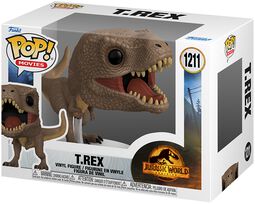 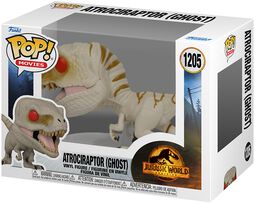 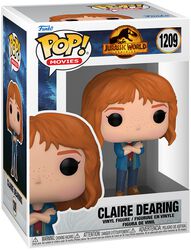 In 1993, Steven Spielberg showed us a first glimpse into the world of dinosaurs. Even then, it made the blood run cold in the veins of many cinema viewers when a kind of "amusement park" became a death trap. Although "no expense or effort" was spared, the catastrophic happened: carnivorous dinosaurs broke out of their enclosures and threatened the lives of park visitors. After Jurassic Park came to its final end in 2001, Jurassic World opened in 2015. With many more dinosaurs and interesting characters who still and again have to deal with escaped dinos. In our EMP online shop you can show your sympathy for the prehistoric animals with stylish great park figures and Funko Pops from Jurassic World. Get your favourites online at a great price! The large selection makes it possible for you to create your own little Jurassic Park in your home. However, it's up to you whether or not you let the dinos out of their packaging.

Jurassic World figures for your collection

In our EMP online shop we offer you many Jurassic World dinosaur figures. But not only the particularly famous dinosaurs, such as the T-Rex, are represented in our collection. Fans of other animals from a bygone era will also get their money's worth. And what would a collection be without the figurines of the people who take care of the dinos? and later fear them? Fancy some more accessories for the successful series? Among other things, you can also get key rings and other Jurassic World merchandise in the EMP Online Shop. And how about expressing your love for the films in terms of clothing? Just take a look at the "Clothing" section! Under "Children's Clothing" you'll also find the right items for your offspring.

Create your own dino empire with Jurassic World Funko Pops!

The popular Funko Pop! figures have now also managed to come to life in the Jurassic World variant. The trendy figures made of vinyl are becoming increasingly popular and some of them simply cannot be missing from a complete Jurassic World collection. The selection of different Funko Pops! on the theme is huge and so you can gradually put together your own little park where nothing will go wrong. After all, you've probably already seen all the parts and know exactly what to look out for, right? But don't worry! Since you can't always keep an eye on the dinos, we've also included the attendants in our range.

Jurassic World figures to collect: You shouldn't miss out on these eye-catchers!

Of course it's fun to dream yourself into the world of Jurassic Park and Jurassic World. At least when you imagine what it would be like to save the world. But what about when the credits roll? Wouldn't you like to bring a little dino feeling into your own four walls? To do just that as safely as possible, it makes sense to take a look at our articles in this category. Who wants to have to fight a velociraptor when you can carry it on your keychain in a mini version made of vinyl instead?