FORTNITE INSPIRED DART BLASTER: This Nerf Fortnite Heavy SR Blaster is based on the gear used in Fortnite and captures the look of the blaster from this beloved video game
THE LONGEST NERF FORTNITE BLASTER EVER: The Heavy SR Blaster is an impressive 1.1 metres long. This massive blaster offers players a huge advantage
BOLT ACTION MEGA DART BLASTER WITH CLIP MAGAZINE: The 6-dart clip magazine invites fans to fire 6 large Nerf Mega Darts one at a time - move the bolt to cock the blaster, then pull the trigger to fire.
6 NERF MEGA DARTS, REMOVABLE SIGHTS, RED CAMOUFLAGE: Comes with 6 Nerf Mega Darts made of foam, has a detachable scope and features the red camouflage from the game.

Warning: do not aim at eyes or face! Only use darts or arrows that have been specially developed for this product!

Warning: Not suitable for children under 8 years 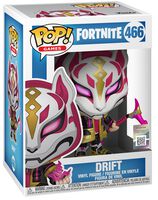 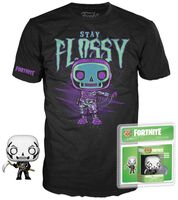