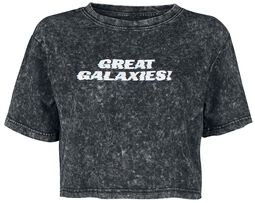 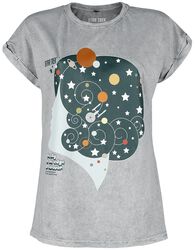 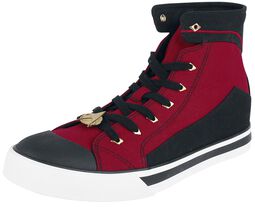 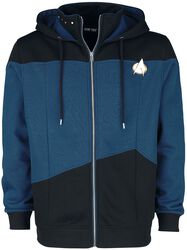 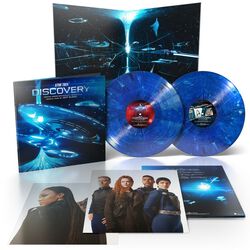 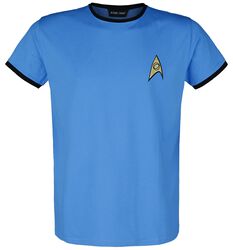 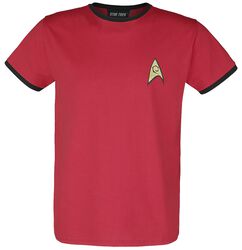 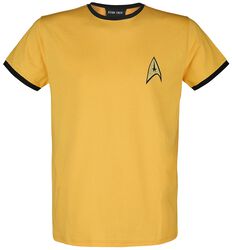 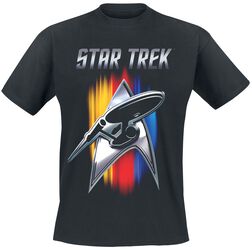 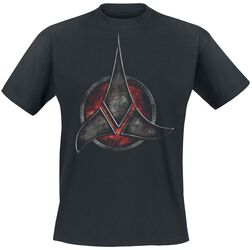 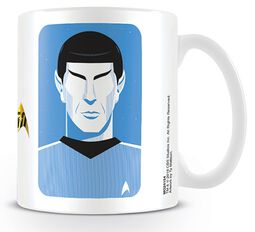 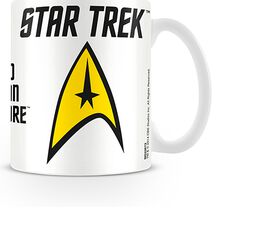 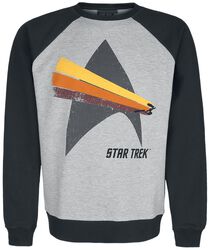 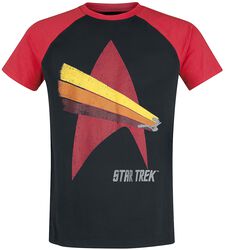 Star Trek has been providing fans with first-class science fiction with depth since the 1960s. Kirk, Picard and co.’s journeys into infinite worlds have excited viewers from the first episode of the now-cult series onwards. In the EMP Star Trek Shop, you can find fan merch from the series and movies. Anyone who wants to get the United Federation of Planets look, and to pledge allegiance to the First Directive and antimilitarism, will find what they’re looking for with the Red Uniform shirt from our Star Trek merchandise. If instead of the red colour worn by commanding officers you’d rather wear yellow or blue for science or medical duty a la Spock and McCoy, of course you can also find these shirts among our Star Trek fan products.


Spock, the Vulcans and much more


Speaking of Spock, the matter-of-fact Vulcan is one of the best known characters from the Star Trek universe. He personifies rational action like no one else, even though he is half human. Spock is also available as a vinyl figure in the EMP Star Trek Shop – and he’s sure to look perfect on your shelf full of vinyl figures from other franchises in our EMP merchandise range. His Vulcan greeting, wishing you a long and prosperous life, is symbolized by the famous V sign made with the middle and ring fingers. Anyone who wishes to follow this noble philosophy can do so with the classic white T-shirt from the EMP Star Trek Online Shop.


The film “Star Trek Beyond” is available in the EMP Star Trek Shop on DVD and BluRay. And if the 2016 blockbuster is not enough for you, the anniversary edition of the soundtrack is also available in a 5-CD box. Or you can go classic with the vinyl edition. The film music from the “50th Anniversary Deluxe Box” is a collection of the best pieces from the various Star Trek soundtracks.


The highlights include the classic ‘Generations’ in which Picard meets Kirk to prevent the destruction of the earth by the Nexus energy band, and ‘First Contact’ in which the USS Enterprise-E is taken over by the Borg, who have travelled back to the Earth’s past. Of course the unique sound effects from the series are also included. A highlight among the Star Trek fan merch for sure!


For all Trekkies: Klingon made easy


For some fans, a Star Trek poster or shirt is no longer quite enough. Not even when it’s the mash-up ‘Boldly go – 50th anniversary’ or the ‘Beyond Characters’ design. In this case, the official Klingon dictionary is sure to help. Even though the Klingons appear less often in the recent cinema releases, the Klingon language continues to enjoy cult status which reaches far beyond the microcosm of the sci-fi series. In fact, Klingon was the first language to appear in a TV series which was not simply meaningless gobbledygook but actually a properly developed language.


The Klingon language has been used as universities as an example of a successful concept, the grammar has been studied by fans and even today, Lennart and Sheldon from ‘The Big Bang Theory’, for example, have learned some bits and pieces of the Qo’nos language. The vocabulary has been transliterated though – luckily – and isn’t printed in the original Klinzhai characters. Oh yes, and bear in mind that the dictionary contains the high version of the Klingon language. For dialects and slang, which do exist, by the way, you’d better ask an expert. Since the terms in the book relate to everyday life in the Federation and the Klingon empire, the dictionary is one piece of Star Trek merchandise which is sure to help you in almost every situation.