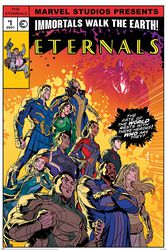 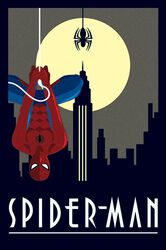 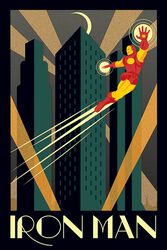 From the comic books to the successful TV series to the massive cinema blockbusters featuring Iron Man, Star Lord and Black Panther – the Avengers are always the last bastion in the fight against evil. Whether electrifying like Captain Marvel or swinging from spider webs like Peter Parker under his red suit, each of them has a super cool look. And with the Avengers pictures from the EMP Online Shop, you can find your favourite heroes and villains in great new designs that are guaranteed to look great in any room!


Character-specific film posters for your home


“There was an idea to bring together a group of remarkable people…” an idea that became a promise - the Avengers initiative. But if we have learned one thing in the Marvel Universe, it’s that evil can appear anywhere throughout the galaxy. From Asgard to Vormir to Planet Earth, there's a lot going on for the Avengers, so we rarely see Captain America and his fellow combatants all together. But don’t worry, you don’t have to wait for another supervillain á la Thanos before the big heroes reunite, because with the movie posters from the EMP shop, you can find all your favourite superheroes in a single poster! You know how it goes: Avengers ... collect! The Avengers are just your thing, but Groot is your absolute favourite? You can’t get enough of the Hulk and Venom is the symbiote you put your trust in? No matter which character from the Marvel universe you prefer, as well as epic group shots you’ll also find numerous character posters which show off your favourite superheroes in their best light. Now even the plainest walls can become surprising eye catchers!


The original character designs and early editions of the comic books already knew how to convince readers with their extravagant designs and refreshing looks. Until the latest movies, these styles have been reinterpreted, adapted and upgraded, until we finally had the big finale in Avengers Endgame - and seriously, with the superheroes’ new outfits and the corresponding special effects, we witnessed one enormous cinematic spectacle, which remains with us today. Among the Avengers pictures in the EMP shop you can find both the classic looks as well as the modern variations of the latest films from Thor, Black Widow and Hawkeye. Of course, we offer you different sizes in addition to many different designs, so that your posters will find the perfect place in both small apartments like Ned Leeds’, as well as in spacious mansions like Tony Stark’s.