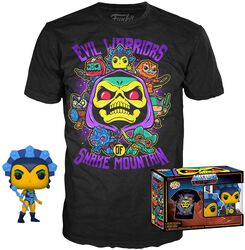 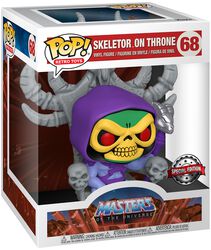 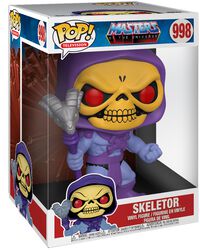 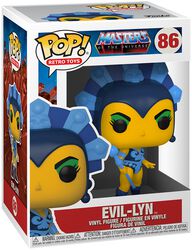 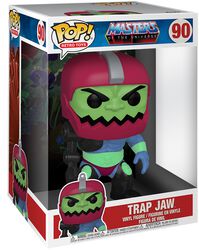 He Man figures for your Masters of the Universe collection

When you talk to kids of the 80s about the heroes of their youth, one name in particular often comes up: He Man. Back then, who didn't root for Skeletor in the "good vs. evil" battle while watching the series? It doesn't matter whether you're more into the old version or the newer variants: You can buy the right merchandise in our online shop. Of course, you can also decide to collect the individual figures in their packaging. Who knows? Maybe they will be particularly valuable one day?

But it's already certain that they will have a sentimental value for you if you grew up with heroes and anti-heroes such as Prince Adam, He Man, Skeletor or Evil-Lyn. And maybe you have already infected your offspring with your passion for one of the most famous comic heroes of the 1980s? Some stories are absolutely timeless.

The Funko Pop He Man: Celebrate the cult of a very special series!

The Funko Pop He Man is a great way to expand your He Man figure collection. Here you can expect a mix of a high recognition value in Funko Pop look and a special cult factor. The lovingly designed figures made of vinyl impress with their attention to detail and can be put together to create a "He Man landscape". In this context, also take a look at our "packages". Because: You can also buy some He Man figures together with a matching T-shirt.

This way you can integrate the magic of Masters of the Universe a little more into your everyday life. And as usual with the Funko Pop! series, you can often buy He Man Funko Pop in different situations. So you can decide for yourself whether Skeletor should stand or sit directly on the throne. Get your favourites and relive the stories about the barbarian tribe from the jungles of Eternia!

And don't forget to take a look at our clothing section! There you'll find even more T-shirts about Greyskull, Orko and everything that makes the series and the film so special!

New He Man figures for even more adventure

If you've been following He Man's story from the beginning, you know it's not just the 1980s He Man. The first proper remake was waiting for fans in 2002. And even more recently, new adventures have been worked on again. No wonder it didn't take long for new He Man figures to be created as well.

And of course you can order them in our online shop. Both the new edition models and the classic figures are reduced in price from time to time and are then even cheaper. So you can save a little money "by the way" when putting together your collection.

If you are generally enthusiastic about the heroes of the silver screen, you should definitely also visit the "Films and series" section.

What are He Man figures worth?

He Man figures have been produced in different variations since the 1980s. The older, rarer models here can definitely become very valuable. This is due, among other things, to their age, the (often) low number of pieces and the high cult factor. There are even said to be original He Man figures that have managed to change hands at auction for around 3,000 US dollars.

What the He Man figures you can buy in our online shop will be worth in a few years is still written in the stars. But one thing is certain: they will take you back to Eternia for a little while... and that's something that's hard to put a price on anyway.