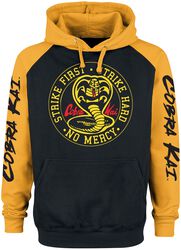 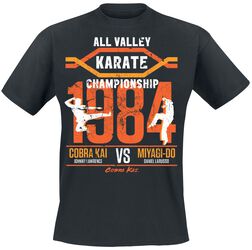 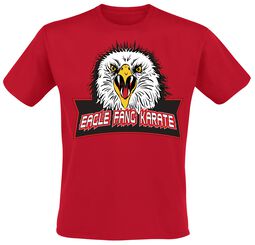 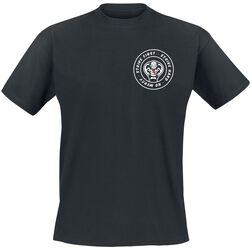 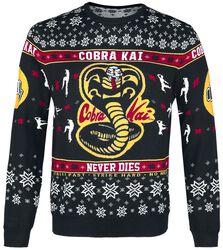 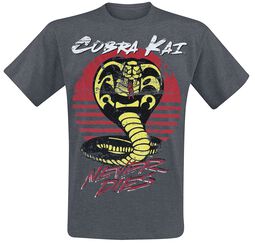 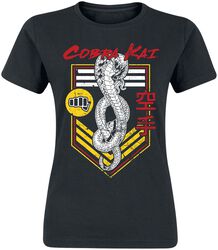 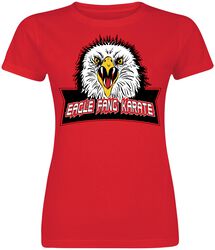 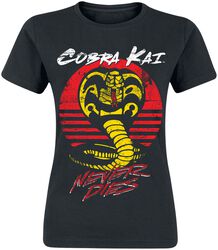 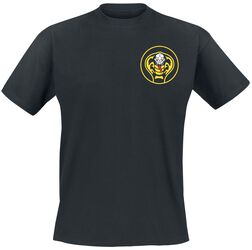 You've loved all the seasons of Cobra Kai so far and are now looking for the right Cobra Kai merch to express your passion a little more? Wonderful! You're sure to find what you're looking for in the Cobra Kai Shop from EMP! Whether it's a mug or a Cobra Kai shirt: the selection of Cobra Kai fan merchandise is almost as exciting as the storyline surrounding your favourite heroes. And to make your choice a little more difficult, we offer you a colourful mix of articles for men and women in a wide range of sizes and colours. The question of which clothing you'll wear for your next series marathon should answer itself. Do you think that real fans wear their love for series and characters outwardly? Then browse a little in the EMP Online Shop and put together your own fan outfit. You're not only into Cobra Kai, but also other series or films? Then we would like to invite you to browse a little on our site! From Disney to Harry Potter, everything is represented here! You can then order your favourites easily (and cheaply).

Cobra Kai Merch: Everything for your favourite comedy drama series!

Whether you know the original by Robert Mark Kamen, "The Karate Kid", or came across Cobra Kai more or less by accident: the story of this marterial arts comedy drama never ceases to fascinate... and it's far from over. Over time, this "spin-off" has managed to gather more and more fans around it. And: the fashion and accessories have also become a constant in the Cobra Kai merch universe. In our Cobra Kai Shop you'll find Cobra Kai T-shirts, as well as mugs and doormats. This way you can immerse your home in the classic flair of the Karate Kid.

Welcome to the Cobra Kai Shop by EMP!

Karate teaches us, among other things, that everyone can be strong AND individual. And so that you can carry the cult of Cobra Kai even better to the outside world, you can find clothing in a wide variety of designs and sizes and of course merch for many everyday situations. The first coffee of the day from a cup in "No Mercy" style tastes much better anyway, don't you think? And who wouldn't want to be greeted with a "Strike first, Strike hard" on the doormat? You'll see, even if it took more than 30 years until the long-awaited series continuation came along: The story around Johnny Lawrence has lost none of its fascination - perhaps partly because both William Zabka and Ralph Macchio have returned to their old roles? That's exactly what you can celebrate with the matching Cobra Kai merch! Order your favourites easily in the EMP Online Shop!

When will Cobra Kai season 5 be released?

Fans of the series should be pleased. Because: Even after season 4, the story of Cobra Kai is not over yet. Season 5 is already in the starting blocks. In autumn, on 09 September 2022, the time will come. Then you can watch - according to the current status - on Netflix how Daniel LaRusso and Chozen Toguchi will continue. After all, they have made it their mission to defeat Silver. And it should also be exciting again for Johnny Lawrence and Robby Keene.