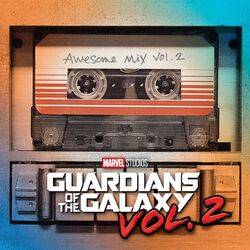 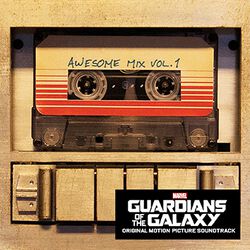 Have you ever wondered why superhero stories are so popular? Is it the fascination with their supernatural abilities, or the desire to have these characteristics ourselves? Or do we love this genre because the characters give us the feeling we can do anything? Marvel's Avengers films tell the story of both victories and defeats. Of falling, and getting back up again. As well as funny one-liners and an overarching storyline, over the years more and more new heroes have been introduced. Each character has their own well-thought-out life story, their wishes, hopes, secrets, strengths and weaknesses. It's also this complexity that fans love.


... or, rather, the galaxy? As a true Marvel fan, it's not enough just to watch the Avengers films over and over again in the cinema. You want to own them and be able to watch again and again as Captain America, Iron Man, Thor and the rest of the group triumph against the bad guys. In the EMP Online Shop you'll find a fantastic selection of superhero films, Marvel goodies and epic soundtracks from the science-fiction hits. The MCU has amassed over 20 films, and has netted over 22.5 million US dollars at the box office - with no end in sight. The Avengers films are especially popular, as they bring together various superheroes to form a mega fan community. No wonder, then, that the Avengers regularly break cinema records, as well as standing near the top in fan merch rankings.


Avengers films - excitement and suspense right up to the last seconds...


Get the Avengers films for yourself and ensure that your next movie night will be full of excitement and action. You can also find the Marvel films on Blu-ray. No matter whether you go for the Iron Man trilogy, the spectacular Infinity War or the decisive 'Avengers - Endgame'. With the DVDs, you can watch your favourite films and scenes as often as you want. Experience amazing CGI effects as the Avengers fight together against the supervillain Thanos. But you'd better keep some tissues handy! Not all superheroes live forever... or do they?


The best music for Marvel fans


If you also think that the music from the Avengers and other Marvel films deserves more attention, you can find the music from various Marvel films at EMP. 'The Guardians of the Galaxy' boasts one classic after another, and is sure to put you in a good mood - it's not just baby Groot who will be dancing in his flowerpot! Whether in the car, on the way to work or at home. The song mix isn't just for Marvel fans. If you're in the mood to take on Thanos and feel like a true superhero, then you'd better get yourself the amazing Avengers films from EMP! The Avengers films also make a cool gift, as well as Avengers clothing and accessories. Discover the EMP Avengers merchandise, featuring Spidey, Thor, Captain America, Hulk and all the other heroes and villains of the MCU!