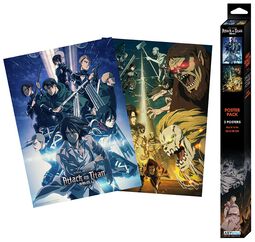 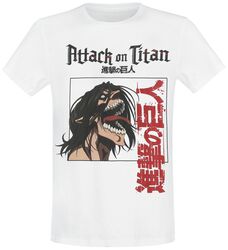 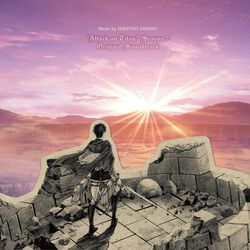 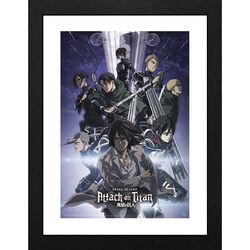 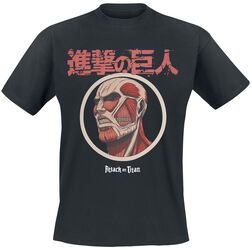 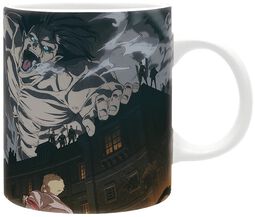 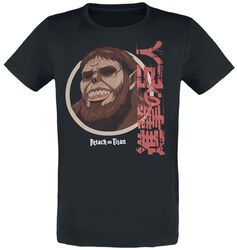 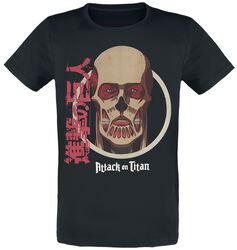 Attack on Titan has managed to attract an increasingly large fan base over the course of time. Many want to know if and how mankind will manage to defend itself against the Titans.

No wonder that Attack on Titan fan merchandise has also become increasingly versatile. In our Attack on Titan Fan Shop you will find many different items to celebrate your favourite series/manga series even further. Whether it's Attack on Titan shirts or Funko Pop: The selection is large and offers you a great basis when it comes to building up or expanding your own personal collection. Maybe you are looking for an Attack on Titan poster to decorate your wall? Take a look around and find the right accessories for your favourite characters from the series!

Attack on Titan: Facts for Fans – what you need to know

If you're looking for exciting info to score points at your next fan meeting, you've come to the right place! There are some details that are – of course, besides the plot of the series – particularly exciting!

- Did you know that the city and city walls from Shingeki no Kyojin were inspired by the real city of Nördlingen in Germany?

- When writing the manga, Hajime Isayama was inspired by real events, in a café where he worked he met a drunk, he inspired Isayama and became the template for the Titans

- There are currently 34 Attack on Titan manga volumes in total, and fans would agree that the whole thing has lost none of its fascination

- Finally, this manga is also a wonderful proof that it is always worth believing in your dreams. The author, Hajime Isayama, began his work when he was still studying architecture at university

Which AOT character am I?

Are you one of those fans who love to identify with characters from series and manga? Then you might have asked yourself in the past which AOT character suits you best. To make the search for an answer as easy as possible, we have summarised some of the main characters and their characteristics below. Who are you? Who can you best empathise with?


Eren Yaeger is the main character from Attack on Titan. He is one of the first humans to be attacked by the Titans and seeks revenge for the death of his mother. This character is considered impulsive and very emotional.

Armin Arlert is friends with both Eren and Mikasa. He is known in the group as a careful strategist, paying close attention to his surroundings and small details so that his plans will succeed. Although Armin is rather small, lanky and shy, he has never stopped trying his best and catching up with the others.

Levi Ackerman is arguably the best Titan youth ever. He is also known to his friends as a cleaning freak, as he always has to keep both his equipment and his surroundings clean. As strong as he is, he is very cold towards others and can only open up with difficulty. His blunt humour adds to this. Even if he comes across as cold or brusque, he has a strong sense of morality, which he rarely shows.

Erwin Smith is probably one of the most well-known characters from the anime Attack on Titan. He leads the 13th reconnaissance squad and accordingly also researches the behaviour of the Titans. For his ultimate goal of saving humanity, he gives just about everything. He is considered very serious and calculating. One of his special skills is his eloquence. He convinced the court that Eren should join the Recon Squad and is not a beast or a titan.

Attack on Titan fan articles and merchandise from various categories: Take a look around and order your favourites!

You want to get cheap fan merchandise for the Attack on Titan series? Then browse our online shop! And if you are also interested in other heroes, then take a look at our category „Movies and series“.