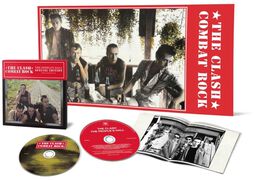 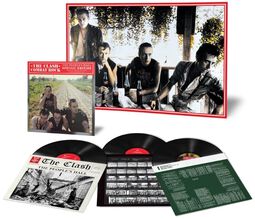 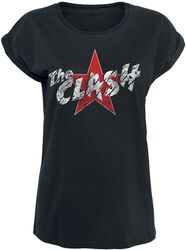 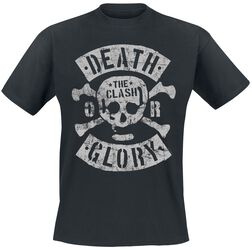 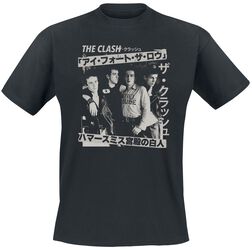 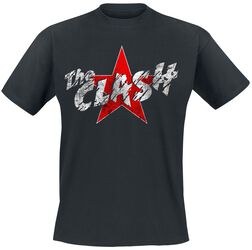 Bored of everyone wearing the same clothes from that online store we won’t name for legal reasons, or that high-street store we also won’t name? Of course you are. It’s time to Rock the Casbah and roll with a brand new look – and our selection of The Clash t-shirts are a great place to start.


The Clash t-shirts and other merch are stocked online with EMP because they are simply one of the most iconic rock bands in history. In fact, during the original wave of punk rock, they were known as ‘The Only Band That Matters.’ How did they earn such a moniker?


The band, formed in London in 1976, consisted of lead vocalist and guitarist Joe Strummer, lead guitarist and singer Mick Jones, bassist Paul Simonon and drummer Nicky ‘Topper’ Headon. Even though the line-up went through some changes and tensions were often high (Headon and Jones both left the band before the group officially disbanded in 1986) The Clash achieved a lot in their short tenure. The band helped to influence the punk, post-punk and new wave movements that emerged in the wake of punk and employed elements of a variety of genres including reggae, dub, funk, ska, and rockabilly.


The Clash achieved both critical and commercial success with their albums, including their debut self-titled LP The Clash (1977), follow-up Give 'Em Enough Rope (1978) and their experimental third album, London Calling (1979). London Calling was the first time the group broke out in the United States too – and perhaps is the reason why ‘London calling’ is still used a common expression for communicating across the pond today.


Once they had fully established themselves on both sides of the Atlantic, there was little sign of slowing down. London Calling was declared the best album of the 1980s a decade later by Rolling Stone. Following continued musical experimentation on their fourth album, Sandinista! (1980), the band reached new heights of success with the release of Combat Rock (1982), which spawned the hit, Rock the Casbah. Their final album, Cut the Crap, was released just weeks before the band called it quits. They quite literally cut the crap, much to the dismay of fans across the world.


Luckily, the band’s legacy can live on and be celebrated with The Clash merch. EMP have fully licenced, authentic Clash t-shirts that help keep the punk and post-punk spirit alive and kicking. Become a real member of the Clash crew with one of the branded t-shirts, or choose a design inspired by the band’s iconic star logo. There are plenty of different designs to choose from, and EMP offer a range of inclusive sizes.


So, if you find yourself asking: ‘Should I stay or go?’ in the future, the answer should always be ‘go.’ Go out and show off your Clash t-shirts, go to gigs, find fellow punk fans and let the legacy live on.