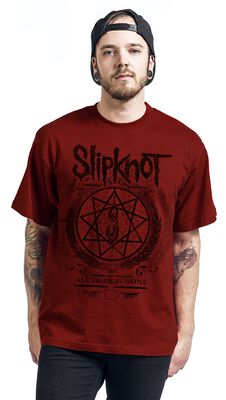 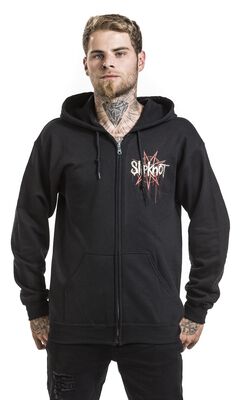 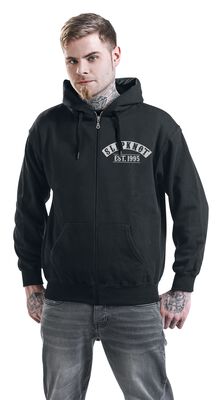 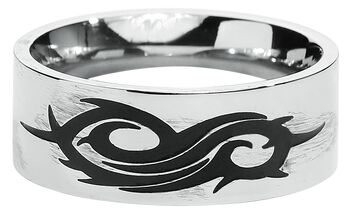 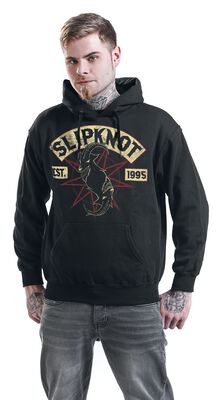 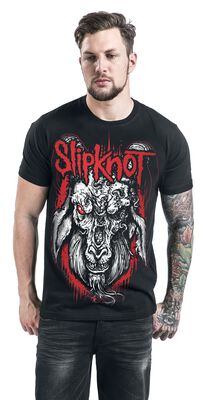 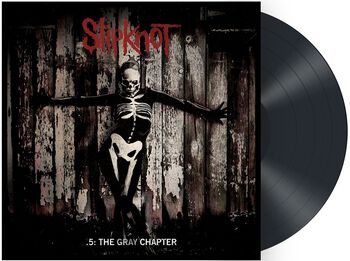 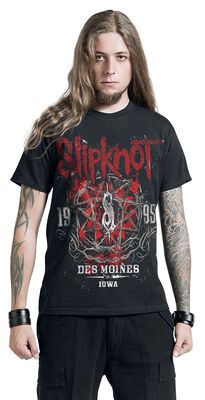 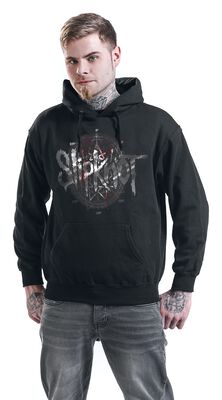 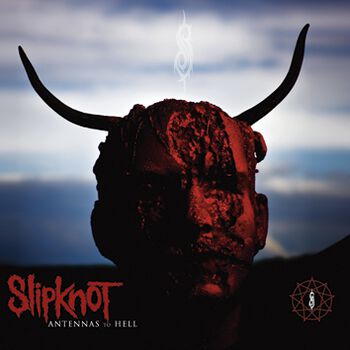 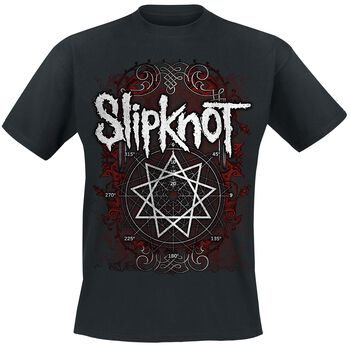 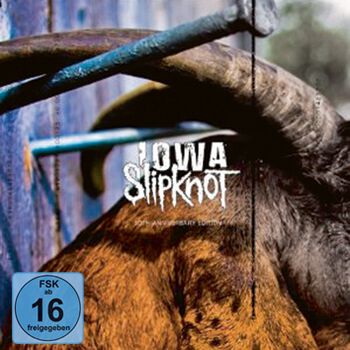 The year was 1995 when one of the greatest Nu Metal bands of all time was formed in Des Moines, Iowa: SlipKnot. 9 personalities, 9 masks and 9 stories, all of which have shaped the character of SlipKnot. The masks and the overalls are, without question, the trademark of SlipKnot.


By the way, the idea for the masks came from percussionist Shawn Crahan, who already showed up at the first SlipKnot rehearsals with a clown mask. The idea was found to be a good one and was quickly declared a permanent part of the band.


Inside the 9: You want to know more about the history of Slipknot? We've picked out the most exciting stories and fan facts about Slipknot for you. Click here to go directly to the EMP Slipknot Wiki. Learn all about the Slipknot members and the Slipknot discography.


On 31 October 1996, the demo "Mate.Feed.Kill.Repeat" was recorded. The demo tape shaped SlipKnot's sound like no other release. For example, the intro "SlipKnot" can also be found on the later debut album as "(Sic)". Meanwhile, the demo is one of the most popular SlipKnot collector's items.

No wonder, after all, only 1000 original copies of the demo exist. Even the members of Slipknot don't own their own copy. But the demo was not only groundbreaking for the debut, but also for "Iowa". The songs "Gently" and "Killers are Quiet" were re-recorded for the album.


Slipknot's History - From Debut to We Are Not Your Kind


With $40,000 in their pockets, the debut "SlipKnot" was recorded and finally released on 29 June 1999 via Roadrunner Records. To this day, the album represents one of the most important milestones in the nu-metal scene. Songs like "(sic)", "Wait and Bleed" or "Spit It Out" should not be missing from any SlipKnot show.


Within a very short time, the boys from Des Moines achieved international fame. What Paul Gray and Co. could only dream of at the Basement Sessions in 1992 finally came true. The first big tours followed and they played huge festivals. You can find the matching merchandise for the debut album in our EMP SlipKnot Merch Shop


After such success, SlipKnot faced a huge challenge, because the fans' expectations were high - quite high. But SlipKnot just kept going and didn't let success impose anything on them. Nevertheless, they managed to add one more on top.

The second album "Iowa" shot to #1 on the UK album chart and #3 on the Billboard Magazine album chart shortly after its release. For us, definitely one of the best nu-metal releases of all time. To go with the "Iowa" album, you can get SlipKnot shirts, CDs, records and much more from us.


After "Iowa" the band took a creative break. They took care of side projects, such as Stone Sour or Murderdolls. Stone Sour wasn't actually a side project, but had already been founded before SlipKnot. But the success of SlipKnot put Stone Sour's career in the background for the time being.


For the first time, quieter songs like "Circle" or "Vermilion Pt. 2" have also made it onto the album. For the song "Before I Forget", the band was even awarded a Grammy Award for Best Metal Performance.


All Hope is gone


Huge headlining tours all over the world followed. At the end of 2007, the band began work on their fourth album, "All Hope Is Gone", which was released on 20 August 2008. The album shows SlipKnot from a harder side again. But also catchy songs like "Psychosocial" made it onto the album. SlipKnot just can't write a disappointing album - top work!


In 2010, however, Slipknot suffered a major setback when bassist Paul Gray was found dead in an Iowa hotel. For the band members, a world collapsed after Gray's death. James Root subsequently announced a break of at least two years. In September 2010, Slipknot released the "(sic)ness" DVD as an unofficial legacy to Gray.


We Are Not Your Kind


Nearly five years we had to wait for a new SlipKnot album. With "We Are Not Your Kind" Corey Taylor and Co. are back after the 2014 album ".5: The Gray Chapter"


We can't wait to see SlipKnot on the stages of this world with the new album. Because not only the music is a big part of SlipKnot, but also the stage show. Matching the "We Are Not Your Kind" album, we can also expect a new stage show. There is also a new band member! We don't know the name, but among the Maggots he is only called Tortilla Man.


In December 2013, SlipKnot finally announced that drummer Joey Jordison had left the band - no further reasons were given. A short time later, however, Jordison stressed that he would never leave SlipKnot and he was kicked out of the band. How exactly the split came about, only the band members themselves know. What is certain, however, is that SlipKnot went on. A replacement for Joey Jordison was found in Jay Weinberg. Since 2014, Alessandro Venturella has been taking over the bass part.

The official legacy of Paul Gray then followed with the "5th The Gray Chapter" album. When the first single "The Negative One" was released at the beginning of August 2014, it quickly became clear that SlipKnot had returned to their old strength. The song could have easily been included on "Iowa" - what a board! With the video "Devil in I" even the last maggot could be convinced. The entire album was released on 17 October 2014. R.I.P Paul!


Slipknot merch and much more


We've been following Slipknot's story since the beginning and anticipate every release with great anticipation. At our EMP SlipKnot Online Shop you will find everything that will make your Maggot pulse soar. Besides the entire SlipKnot discography, you'll find a good load of SlipKnot merchandise like Slipknot T-shirts, Slipknot jackets and much more. Of course you can also find Slipknot CDs and Slipknot vinyls here.